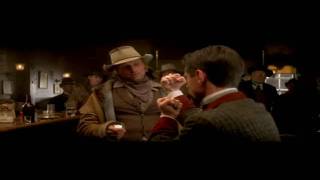 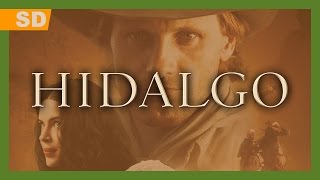 A breathtakingly photographed, epic western like none produced for decades, HIDALGO recounts the life of legend Frank T. Hopkins (Viggo Mortensen). Set in the 1800s, this family film chronicles the triumphant victory won by Frank and his mustang Hidalgo in the Ocean of Fire, an often-fatal competition in which the best riders and thoroughbreds race across Middle Eastern deserts. For Frank, who is known in the west for his prowess as a Pony Express rider and the winner of long-distance horse races, the lure of the Ocean of Fire is not only the $100,000 purse but also the clear challenge--both of which prove irresistible, and inspire him to travel across the world for this life-altering experience.

With sweeping landscapes that evoke John Ford westerns like STAGECOACH and THE SEARCHERS, HIDALGO features enough racing, rivalry, and romance to befit any action film. But the race also provides a vehicle for the story of Frank forgiving himself for his participation in the Wounded Knee slaughter and accepting his part-Indian ancestry. The film's message, highlighted in a particularly moving scene where Frank invokes the spirits of his Native American ancestors, is that the key to happiness is accepting yourself as you are.

Hidalgo
A sandstorm of epic proportions. A swarm of locusts so massive it obliterates the relentless sun. Deadly traps that defy imagination. These are just a few of the astonishing obstacles Frank T. Hopkins, the greatest long-distance racer ever, faces in the rousing action-adventure HIDALGO. Based on a true story and starring Viggo Mortensen (THE LORD OF THE RINGS Trilogy), Hopkins (Mortensen) and his mustang Hidalgo enter the ultimate extreme sport of its time -- the Ocean Of Fire. Underdogs challenging the finest Arabian horses and riders, they must not only survive the grueling race across 3,000 miles of the Arabian Desert's punishing terrain, but they must thwart the evil plots of competitors who vow victory at all costs! A great story of personal triumph, amazing special effects, and memorable characters make HIDALGO one of the most thrilling adventures ever.