Should a Girl Marry?

The wife of a wealthy doctor is blackmailed when it is discovered that she is the daughter of a criminal. 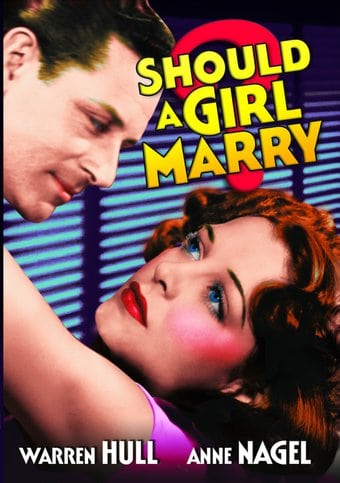 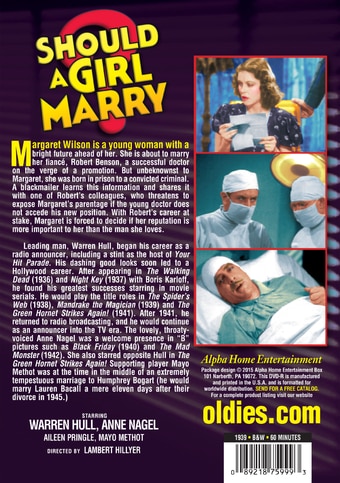 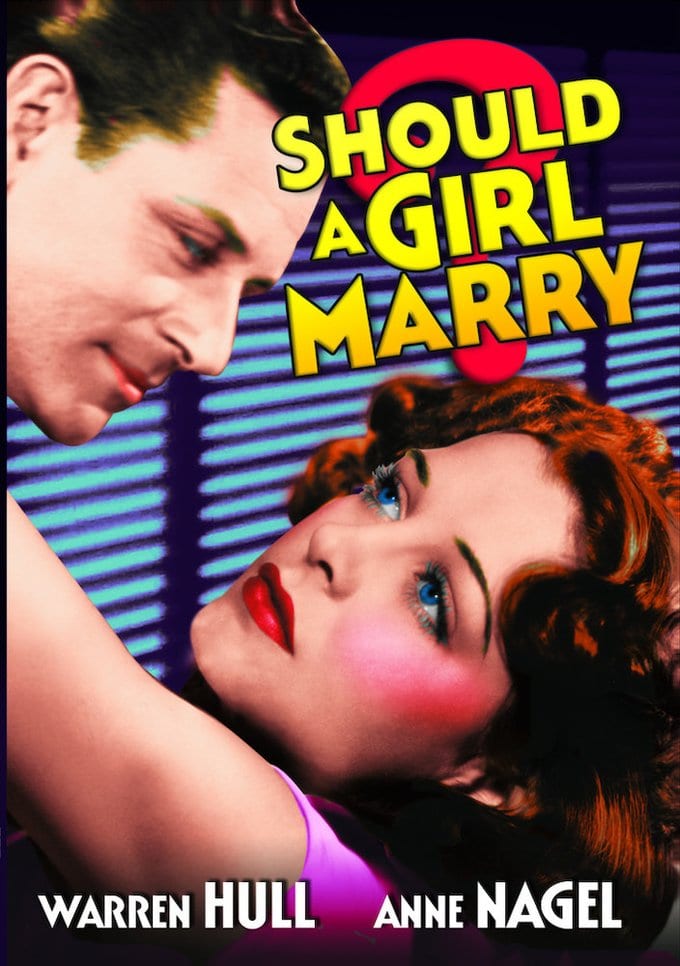 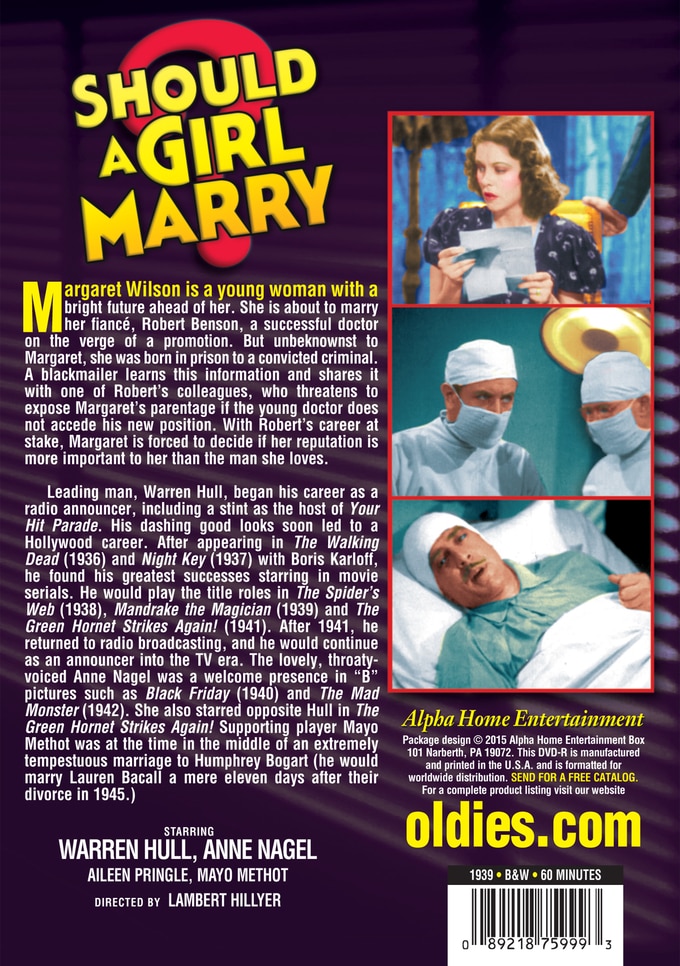 Margaret Wilson is a young woman with a bright future ahead of her. She is about to marry her fiancé, Robert Benson, a successful doctor on the verge of a promotion. But unbeknownst to Margaret, she was born in prison to a convicted criminal. A blackmailer learns this information and shares it with one of Robert's colleagues, who threatens to expose Margaret's parentage if the young doctor does not accede his new position. With Robert's career at stake, Margaret is forced to decide if her reputation is more important to her than the man she loves.

Should A Girl Marry?'s leading man, Warren Hull, began his career as a radio announcer, including a stint as the host of Your Hit Parade. His dashing good looks soon led to a Hollywood career. After appearing in The Walking Dead (1936) and Night Key (1937) with Boris Karloff, he found his greatest successes starring in movie serials. He would play the title roles in The Spider's Web (1938), Mandrake the Magician (1939) and The Green Hornet Strikes Again! (1941). After 1941, he returned to radio broadcasting, and he would continue as an announcer into the TV era. The lovely, throaty-voiced Anne Nagel was a welcome presence in "B" pictures such as Black Friday (1940) and The Mad Monster (1942). She also starred opposite Hull in The Green Hornet Strikes Again! Supporting player Mayo Methot was at the time in the middle of an extremely tempestuous marriage to Humphrey Bogart (he would marry Lauren Bacall a mere eleven days after their divorce in 1945.)

Romance | Melodrama | Romances
This product is made-on-demand by the manufacturer using DVD-R recordable media. Almost all DVD players can play DVD-Rs (except for some older models made before 2000) - please consult your owner's manual for formats compatible with your player. These DVD-Rs may not play on all computers or DVD player/recorders. To address this, the manufacturer recommends viewing this product on a DVD player that does not have recording capability.