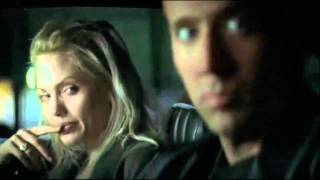 Memphis Raines (Nicholas Cage) is a former car thief who is forced to come out of retirement when his younger brother, Kip (Giovanni Ribisi), is unable to deliver 50 expensive cars to dangerous smuggler Raymond Calitri (Christopher Eccleston). With his brother's life on the line, Memphis must enlist his old car-stealing partners for help in order to pull off the ultimate crime. His team includes his mentor, Otto (Robert Duvall), and an old flame (Angelina Jolie), plus a crew of other colorful characters. Once he gets them all together, Memphis has to do the impossible: organize the theft of 50 cars from all over Los Angeles in a single night, hampered by rivals, security systems, and the best efforts of the LAPD detective (Delroy Lindo) who is out to get him. GONE IN 60 SECONDS is a fun, action-packed movie featuring producer Jerry Bruckheimer's trademarks: a simple, heartfelt story, comedy, spectacular action, an excellent cast of stars and character actors, and an amazing car chase through the crowded streets of Los Angeles. This film is based on the cult classic 1974 movie of the same name, and it's a must-see for lovers of classic cars or action fans of any stripe. Dominic Sena, the director of KALIFORNIA, directed this fast-moving crime-adventure extravaganza.

This explosive action-thriller from director Dominic Sena (KALIFORNIA) and writer Scott Rosenberg (CON AIR) features enough car chases for 10 movies. Nicolas Cage plays a reformed car thief who must steal 50 cars virtually overnight in order to save his brother's (Giovanni Ribisi) life. He seeks out Robert Duvall and Angelina Jolie, among others, to do the impossible. Fasten your seat belts for this pulse-pounding thrill ride, compliments of producer Jerry Bruckheimer.