A woman's life spirals out of control after she takes up with a smooth talking scoundrel. Bonus 1957 episode of TV show "Decoy" starring Beverly Garland. 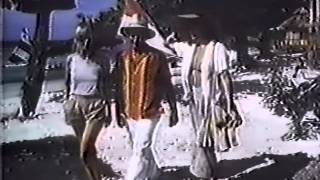 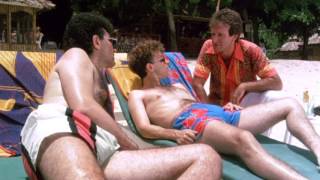 Pretty Julie Rogers is swept off her feet by handsome stranger Danny Burke. When the girl's abusive father throws her out of the house, Danny finds her a job dancing in a nightclub. The club is owned by gorgeous tough-as-nails blonde, Irene, who hires Julie and takes her under her wing. Naive Julie falls helplessly in love with smooth-talking Danny, and risks all on their future together. But when she discovers that her lover is two-timing her all over town, there will be hell to pay!

Originally released as Sensation Hunters, Club Paradise stars handsome Robert Lowery, who is best known for his role as the Caped Crusader in the Columbia serial, Batman and Robin. Lowery had notable appearances to his credit in many fine productions including Drums Along The Mohawk (1939), The Rise And Fall Of Legs Diamond (1960) and McClintock! (1963). After transitioning to TV with a starring role in Circus Boy (1956), he worked steadily on the small screen for the next decade and a half.

In this crime drama, a naive, honest young woman falls for a louse who takes her to illicit gambling houses. When one of them is raided and she is there, her angry father throws her out of the house. After that her life takes a real dive until she is able to talk her way into joining a chorus-line at the night club frequented by the creepy boyfriend. Even a job doesn't stop her downward spiral and soon her boyfriend jilts her for her best friend. In the end she shoots them both. More tragedy ensues.

Crime | Gambling | Love | Criminals
This product is made-on-demand by the manufacturer using DVD-R recordable media. Almost all DVD players can play DVD-Rs (except for some older models made before 2000) - please consult your owner's manual for formats compatible with your player. These DVD-Rs may not play on all computers or DVD player/recorders. To address this, the manufacturer recommends viewing this product on a DVD player that does not have recording capability.

67%off
The Invisible Circus
$8.98 Spring Sale
Add to Cart

Out Of Control
99¢ Spring Sale
Add to Cart

Customer Rating:
Based on 12626 ratings.


The movie is a good film noir with a very good veteran cast. The parblem is that Alpha's version is missing 9 of the original 62 minues, including the dance numbers. The disc does include an extra - an episode of the 1950's TV series Decoy, about policewomen, starring Beverly Garland, but it doesn't make up for the cut movie.