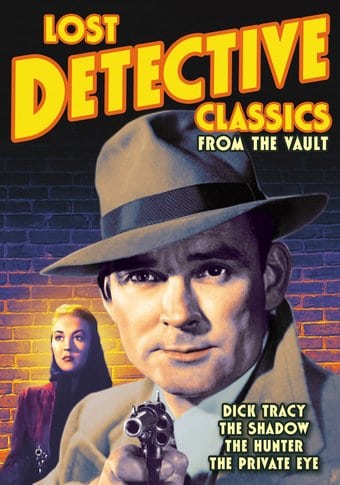 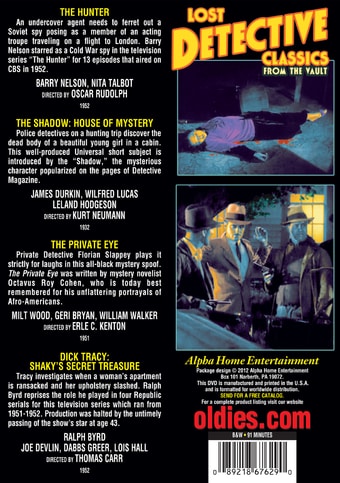 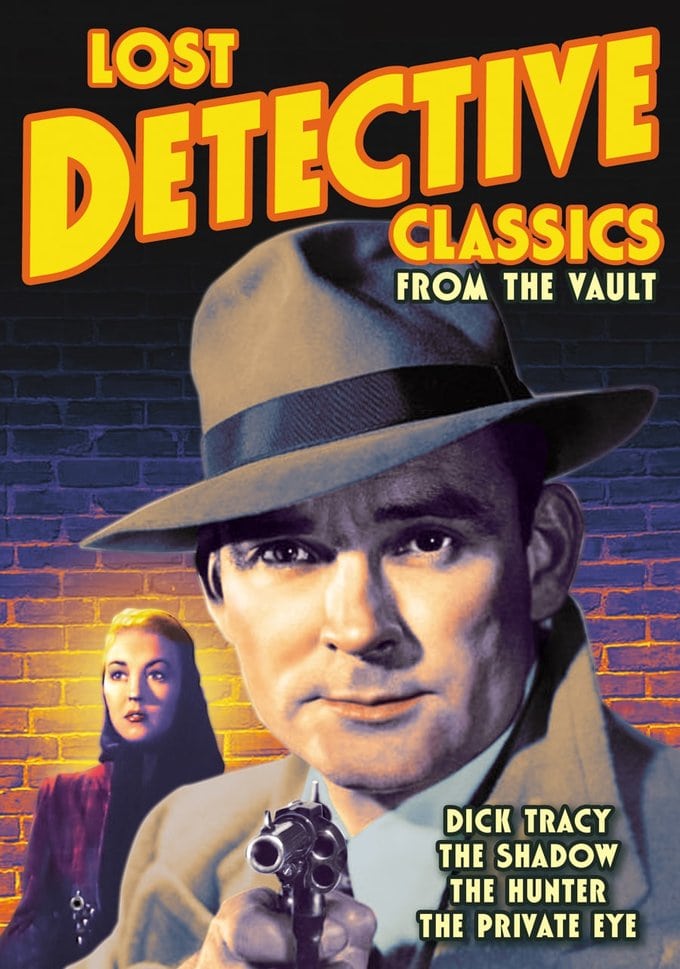 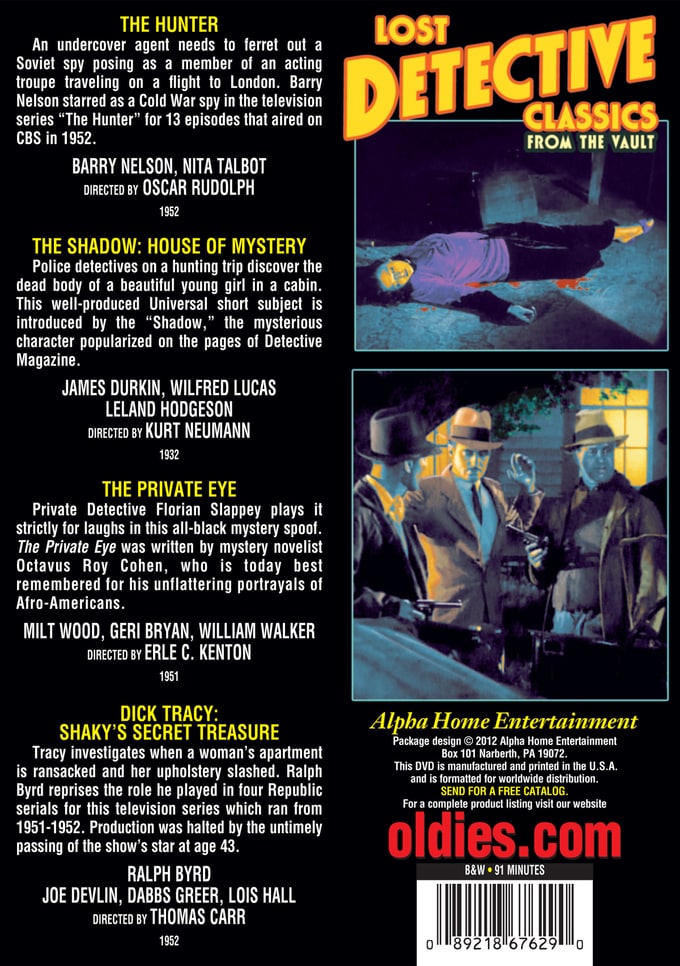 THE HUNTER (1952): An undercover agent needs to ferret out a Soviet spy posing as a member of an acting troupe traveling on a flight to London. Barry Nelson starred as a Cold War spy in the television series "The Hunter" for 13 episodes that aired on CBS in 1952. Directed by Oscar Rudolph.

THE SHADOW: HOUSE OF MYSTERY (1932): Police detectives on a hunting trip discover the dead body of a beautiful young girl in a cabin. This well-produced Universal short subject is introduced by the "Shadow," the mysterious character popularized on the pages of "Detective Magazine." Stars James Durkin, Wilfred Lucas Leland Hodgeson; Directed by Kurt Neumann.

DICK TRACY: SHAKY'S SECRET TREASURE (1952): Tracy investigates when a woman's apartment is ransacked and her upholstery slashed. Ralph Byrd reprises the role he played in four Republic serials for this television series which ran from 1951-1952. Production was halted by the untimely passing of the show's star at age 43. Directed by Thomas Carr

Tag along with Dick Tracy, The Shadow, The Hunter, and The Private Eye as they search for clues and solve cases in this collection of vintage mystery films.