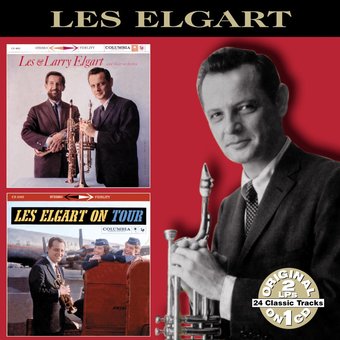 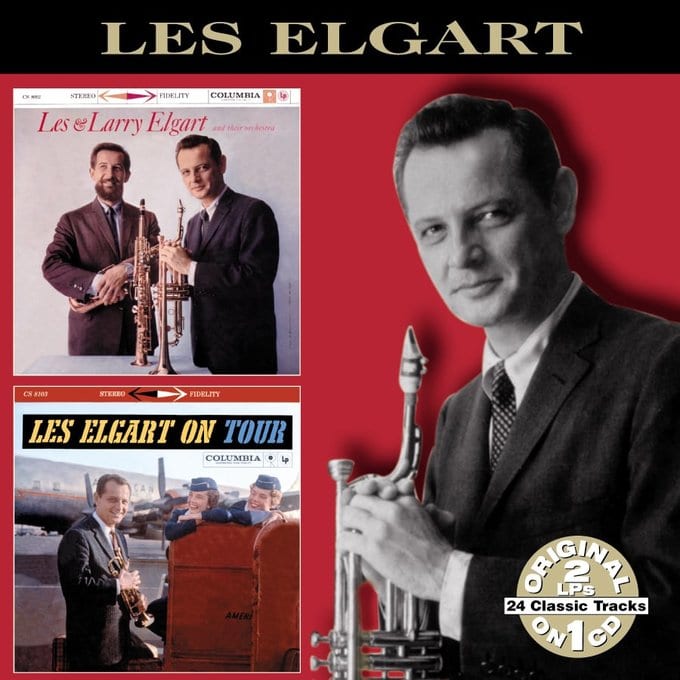 Brothers Les and Larry Elgart led one of the most popular dance orchestras of the '50s and '60s (Larry paired his alto sax with his brother Les's trumpet). This disc is comprised of two complete albums they originally released on Columbia: the first includes many of the tunes which made the group popular touring attractions; the second album captures Les live.

2 LPs on 1 CD: LES & LARRY ELGART (1958)/LES ELGART ON TOUR (1959).
Arranger: Bill Finegan.
The sessions for these two Les & Larry Elgart albums, originally released on Columbia in 1959, didn't differ much, with a focus on standards like "Biding My Time," "Don't Get Around Much Anymore," "Strike Up the Band," "That Old Black Magic," and "How Deep Is the Ocean (How High Is the Sky." Elgart connoisseurs will be delighted by this collection, containing the original cover art and song sequence, but the casual listener should initially start with the big band compilations that collect the Elgarts' recordings from the late '40s. ~ Al Campbell