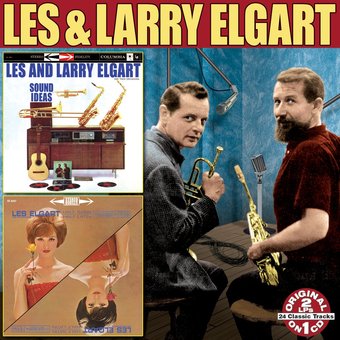 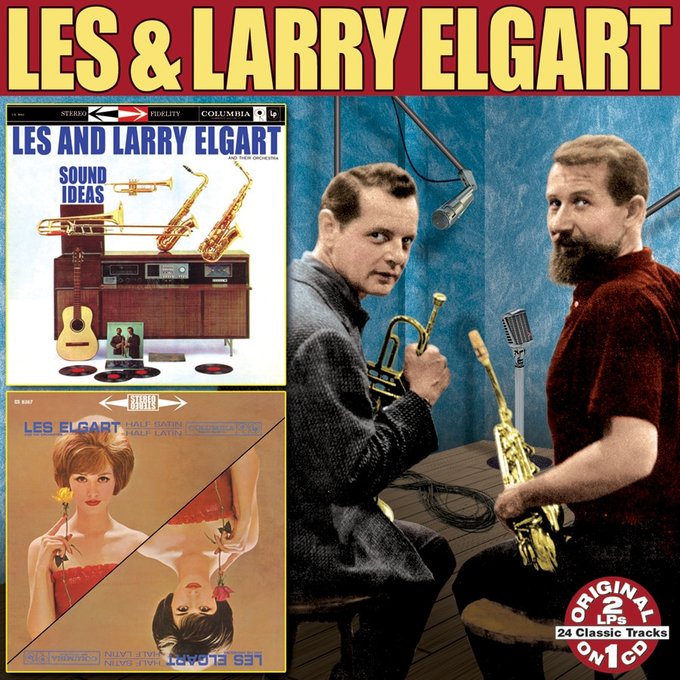 Along with his brother Larry, trumpeter Les Elgart led one of the more popular swing bands of the 1950s. These two albums were originally released by Columbia in late 50's and early 60's, and feature them at their very best.

2 LPs on 1 CD: SOUND IDEAS (1958)/HALF SATIN & HALF LATIN (1960).
Personnel includes: Les Elgart (trumpet); Larry Elgart (alto saxophone).
Arranger: Charles Albertine.
This two-fer CD combines Les & Larry Elgart's 1958 album Sound Ideas with Half Satin & Half Latin released two years later. Originally these LPs were released separately on Columbia and had been out of print until they were reissued in 2003 on Collectables. This pleasant, lite jazz set includes the standards "But Not for Me," "I Could Write a Book," "Love for Sale," and "When the Sun Comes Out." Those who appreciate easy listening music will find this a welcome addition to their collection. ~ Al Campbell


The BEST album Les and Larry ever made...I've been waiting for it on CD for years!!!


Two classic albums from the late 50's ("Sound", side by side with brother Larry) and early 60's ("Half") that will delight all Elgart fans.
Slow ballads, soft swings and a touch of Latin, all presented with the unique sound of the saxes, trombones and trumpets created by the Elgart brothers in the early 50's.
Gems for sure. (Laercio Monzani Jr.)

Les Elgart
At the Hollywood Palladium (Live)
$25.70
Add to Cart