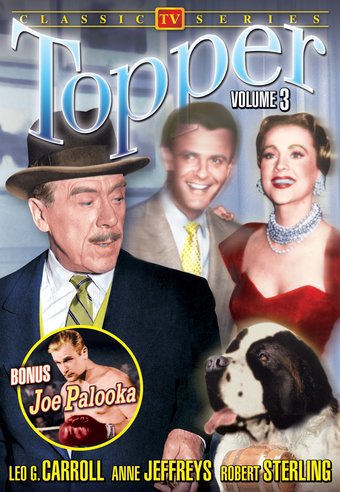 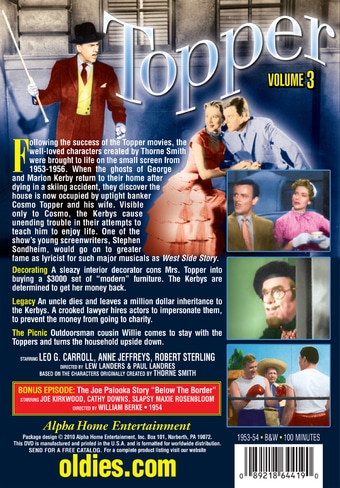 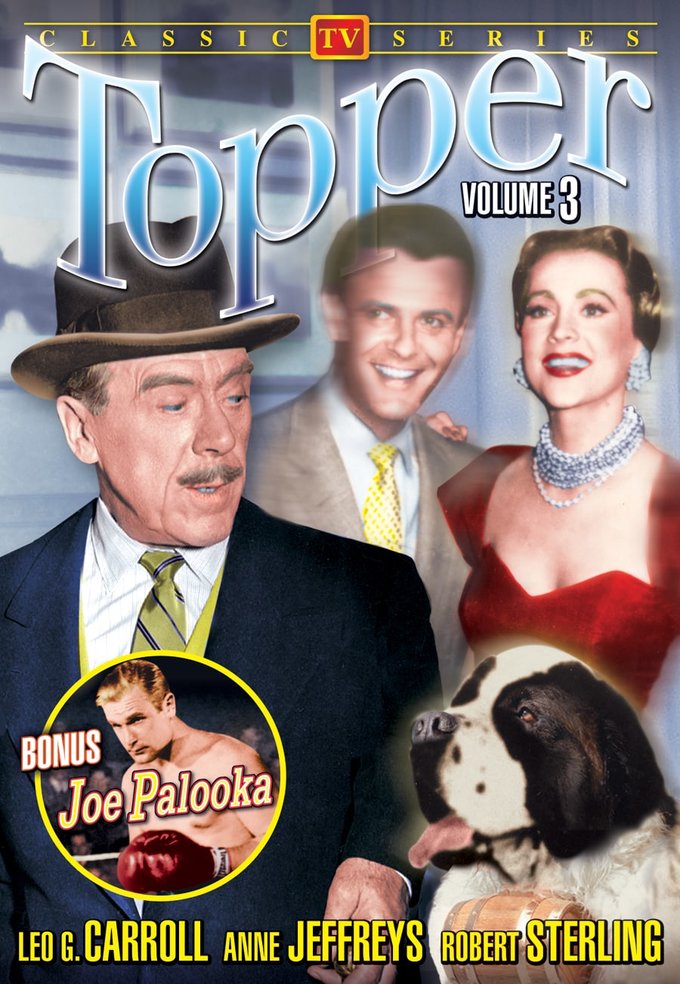 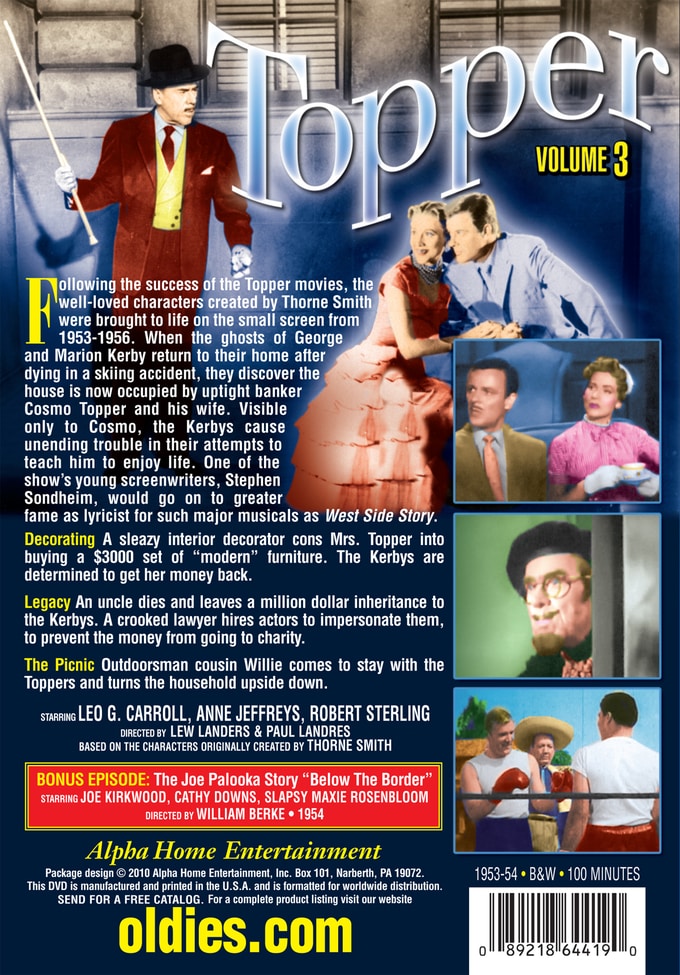 Following the success of the Topper movies, the well-loved characters created by Thorne Smith were brought to life on the small screen from 1953-1956. When the ghosts of George and Marion Kerby return to their home after dying in a skiing accident, they discover the house is now occupied by uptight banker Cosmo Topper and his wife. Visible only to Cosmo, the Kerbys cause unending trouble in their attempts to teach him to enjoy life. One of the show's young screenwriters, Stephen Sondheim, would go on to greater fame as lyricist for such major musicals as West Side Story.

Decorating: A sleazy interior decorator cons Mrs. Topper into buying a $3000 set of "modern" furniture. The Kerbys are determined to get her money back.

Legacy: An uncle dies and leaves a million dollar inheritance to the Kerbys. A crooked lawyer hires actors to impersonate them, to prevent the money from going to charity.

The Picnic: Outdoorsman cousin Willie comes to stay with the Toppers and turns the household upside down.