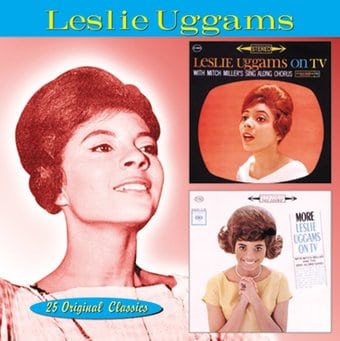 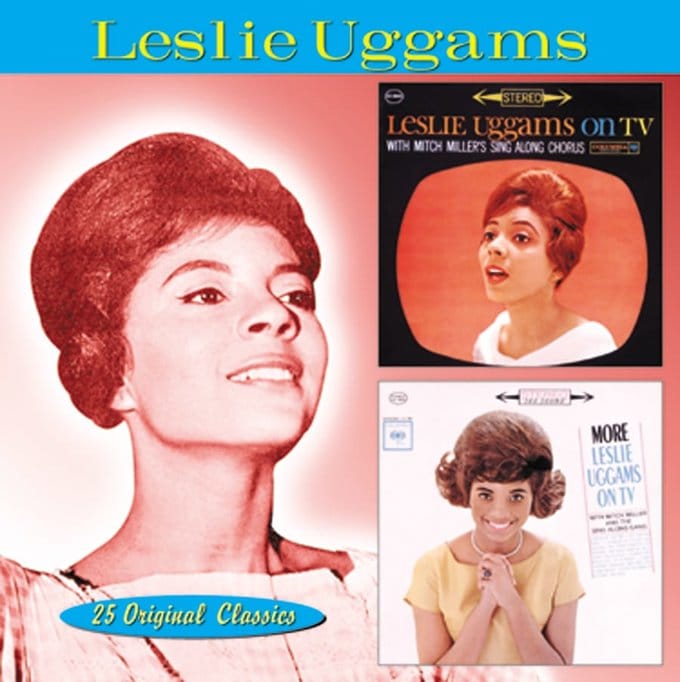 Leslie Uggams got her first big break when she was signed as a featured vocalist on "Sing Along With Mitch" in 1961. She later won both Tony and Emmy Awards and still moves from the stage to the big and little screens with ease. The two albums here feature Mitch Miller and the Sing Along Chorus, with whom she was appearing on TV.

2 LPs on 1 CD: LESLIE UGGAMS ON TV (1962)/MORE LESLIE UGGAMS ON TV (1963).
Personnel includes: Leslie Uggams (vocals); Mitch Miller & The Sing Along Gang.
The 1962 album Leslie on TV and its 1963 sequel, More Leslie on TV, are resurrected on this 1999 release. Neither album charted and none of the songs were hits, but the CD adds as a bonus track Uggams' sole pop hit, "One More Sunrise (Morgen)," from 1959. This is a single that peaked at number 98, though, so what are the selling points for this package? Uggams was a popular television personality for one, and Mitch Miller's Sing Along Gang, of which Uggams was once a member, backs her on both albums. Uggams' style is classic pop with a touch of drama, more like Ann-Margret than Della Reese, and her material is likewise drawn from Broadway and the fund of pop standards. The two albums are so similar that they blend into one another and, as good as they are, "One More Sunrise (Morgen)" is still the standout track. ~ Greg Adams


I love listening to Leslie's melancholy songs and sincerely
hope Oldies.com next Leslie's CD could include that Ken Dodd
favourite tune LOVE IS LIKE A VIOLIN. Her rendition of this
song is simply superb! EVERY LESLIE's FAN should take a
listen when this album is available. I have a 45rpm Vinyl of
this rare treasure. GEORGE EE