Michael Bolton Michael Bolotin / Every Day of My Life 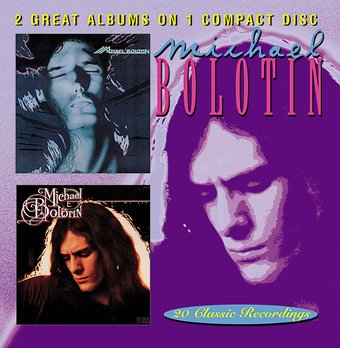 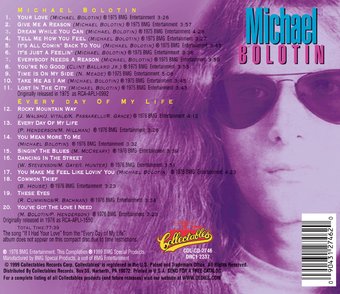 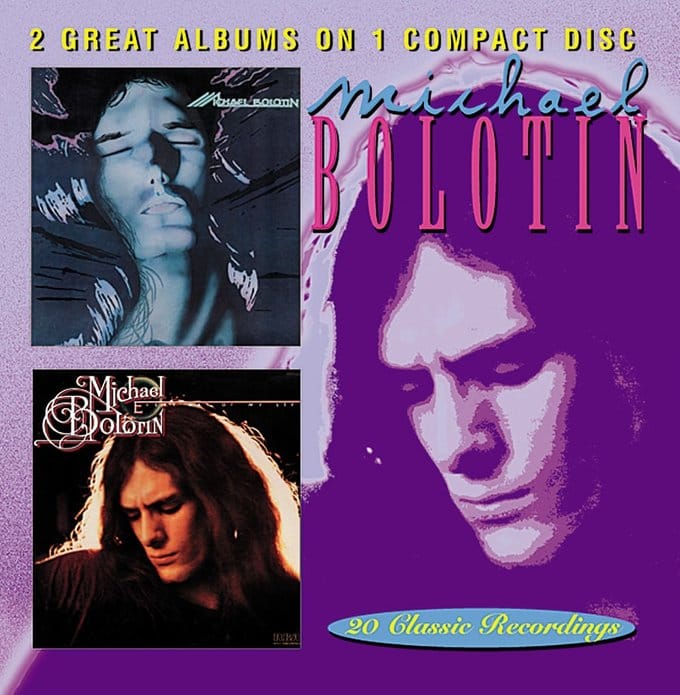 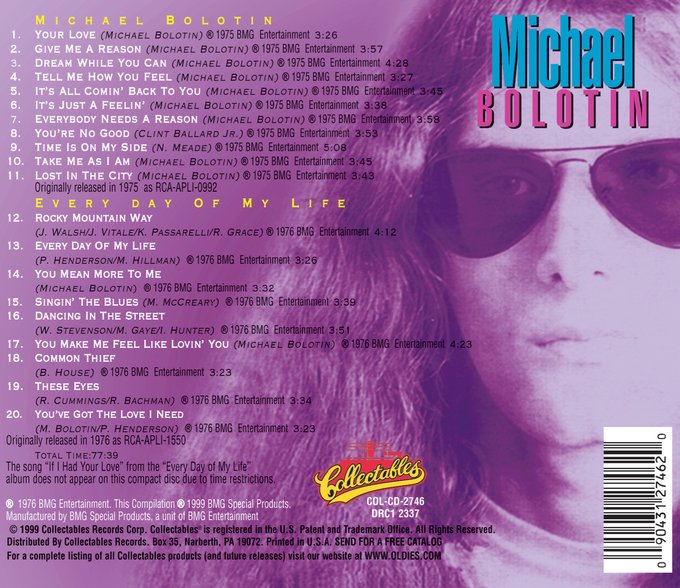 Before he hit the pop charts and broke sales records (as well as hearts around the world), Michael Bolton recorded two solo albums using his real last name of Bolotin. This collection showcases his writing and singing talents which were just as potent and provocative even before he reached major stardom.

2 LPs on 1 CD: MICHAEL BOLOTIN (1975)/EVERY DAY OF MY LIFE (1976).
Liner Note Author: Mark Marymont.
Collectables' Michael Bolotin / Every Day of My Life contains Michael Bolton's first two albums on one CD. During this time, Bolton was going by his given name, Bolotin, and was trying to be a hard-rocker. He may have had the voice for it -- his raspy wail does sound better with louder guitars than with soft-rock synthesizers -- but these records don't really work, since the material is very, very uneven (the originals are weak; the covers are good, but ill-suited for this hard rock) and the arena-rock wannabe production dates both albums badly, making them only of interest for completists. Those completists, however, should be happy with Collectables' release, even if it does omit "If I Had Your Love" from Every Day of My Life, since the disc has good sound and decent packaging, ~ Stephen Thomas Erlewine

42%off
Michael Bolton
Ain't No Mountain High Enough: A Tribute To Hitsville USA...
$6.98 on Sale
Add to Cart