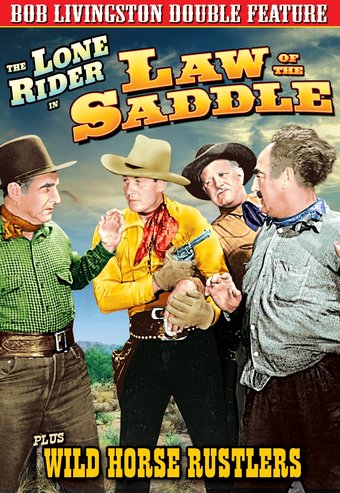 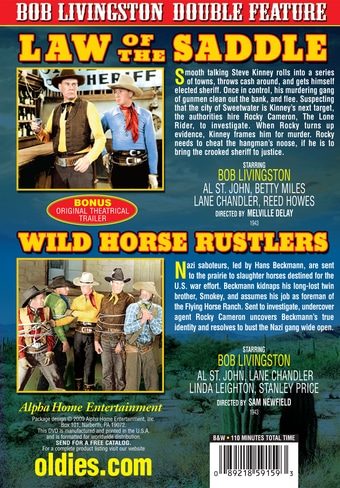 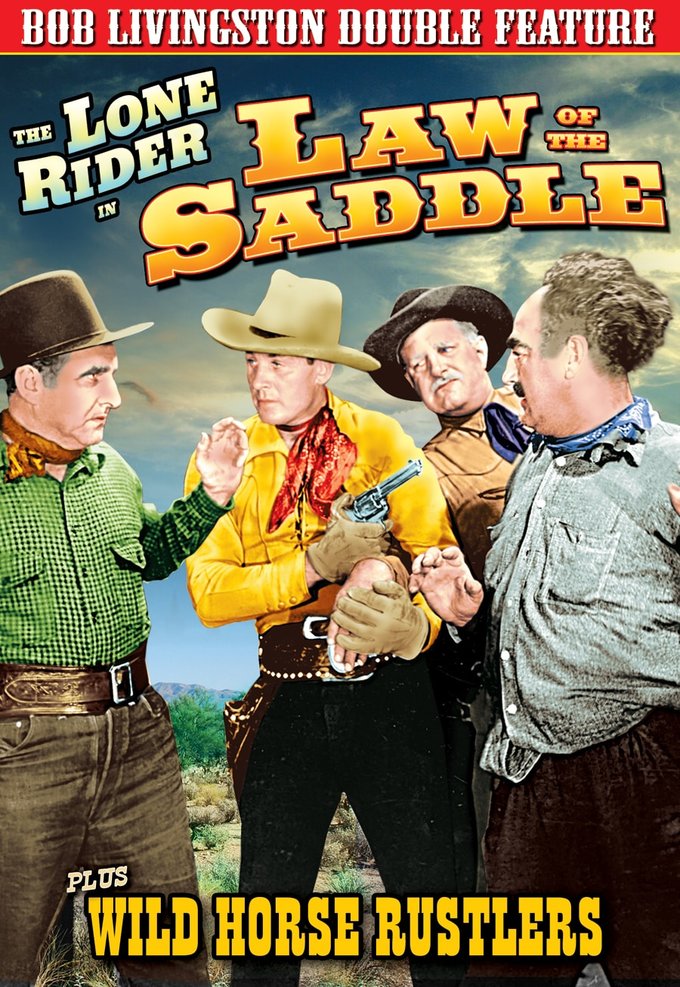 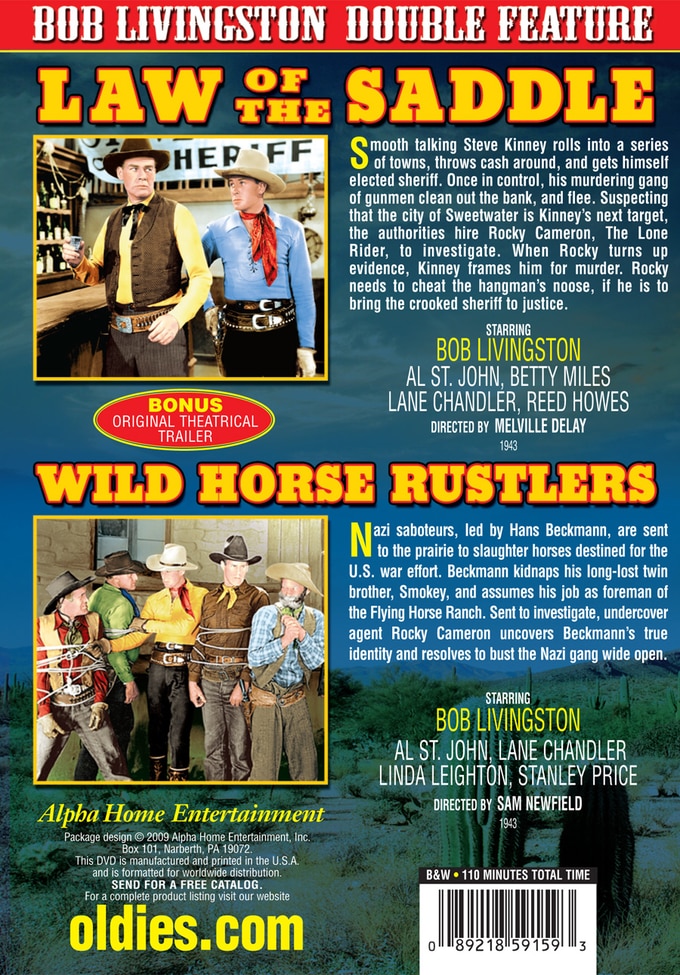 Law Of The Saddle (1943, B&W): Smooth talking Steve Kinney rolls into a series of towns, throws cash around, and gets himself elected sheriff. Once in control, his murdering gang of gunmen clean out the bank, and flee. Suspecting that the city of Sweetwater is Kinney's next target, the authorities hire Rocky Cameron, The Lone Rider, to investigate. When Rocky turns up evidence, Kinney frames him for murder. Rocky needs to cheat the hangman's noose, if he is to bring the crooked sheriff to justice.

25%off
The Lone Rider: Rider of The Plains (aka The Lone Rider...
$5.95 on Sale
Add to Cart
(4)
Film Collectors & Archivists: Alpha Video is actively looking for rare and unusual pre-1943 motion pictures, in good condition, from Monogram, PRC, Tiffany, Chesterfield, and other independent studios for release on DVD. We are also interested in TV shows from the early 1950s. Share your passion for films with a large audience. Let us know what you have.
How to Order
Shipping Rates & Options
International Shipping
Return Policy
Request a FREE Catalog
Order Items by Catalog
View Catalogs Online
Safe Shopping Guarantee
Buy a Gift Certificate
About OLDIES.com
Customer Reviews
Contact Info
Privacy Policy
Send Feedback
Login
Forgot Password?
Sign Out
Email Subscriptions
Redeem Gift Certificate
To place an order or for customer service, call toll-free 1-800-336-4627 or outside the United States, call 1-610-649-7565
Open Monday-Friday: 9am-9pm, Weekends: 11am-7pm (Eastern Time)
Se habla Español! Spanish-speaking representatives available, Monday-Friday: 9am-5pm (Eastern Time)
Portions of this page © 2022 TiVo Corporation. For personal non-commercial use only. All rights reserved.
© 2022 OLDIES.com and its affiliates and partner companies. All rights reserved.