A New Movie Thrill Awaits You 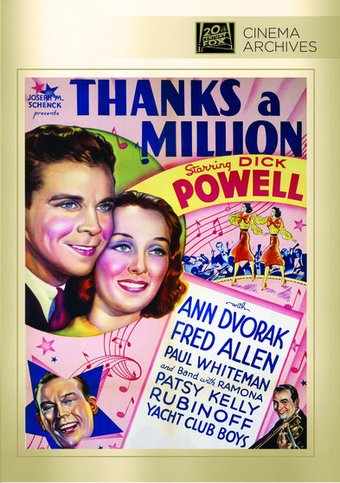 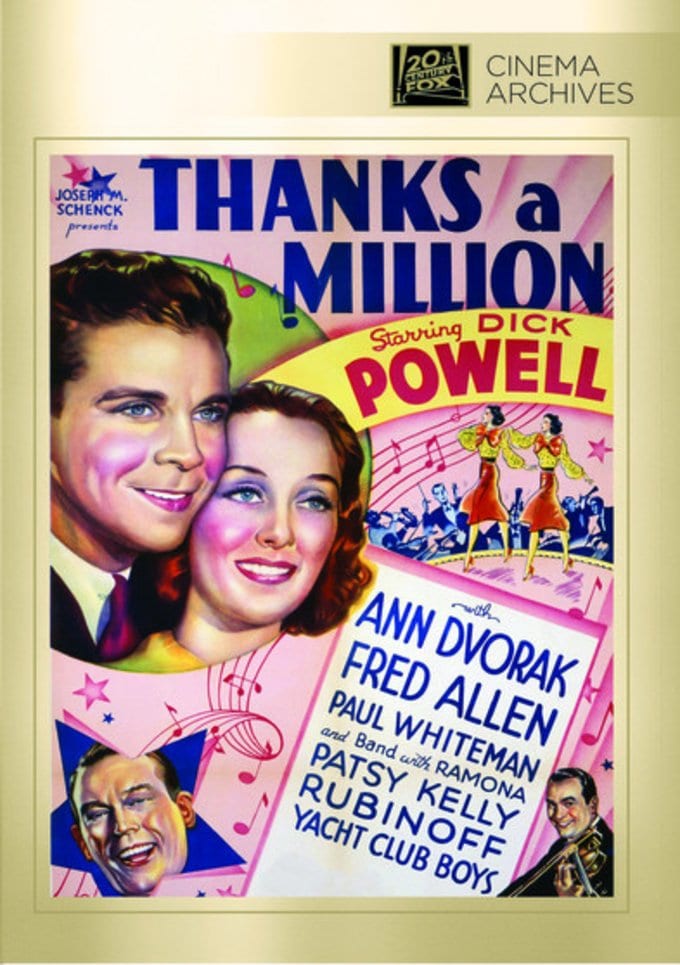 When a political candidate is too inebriated to give his campaign speech, the singer from his entertainment troupe gives it for him and ends up voted in as Governor.

A sharp satire of small-town politics, THANKS A MILLION stars Dick Powell as the leading man of a travelling musical show. During a short stopover, the troupe witnesses a political rally where a pompous candidate (Raymond Walburn) is wallowing in ineptitude. Sensing a quick-buck opportunity, the show's manager (Fred Allen) offers to entertain on the politician's behalf. The upshot of all this is that Powell, rather than the political hack, becomes the party's candidate for governor! THANKS A MILLION was remade in 1946 as IF I'M LUCKY, with Perry Como and Phil Silvers, respectively, in the Dick Powell and Fred Allen roles.

Romance | Satire | Corruption | Romances | Elections
This product is made-on-demand by the manufacturer using DVD-R recordable media. Almost all DVD players can play DVD-Rs (except for some older models made before 2000) - please consult your owner's manual for formats compatible with your player. These DVD-Rs may not play on all computers or DVD player/recorders. To address this, the manufacturer recommends viewing this product on a DVD player that does not have recording capability.