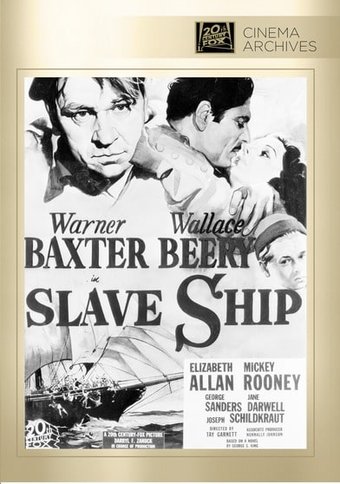 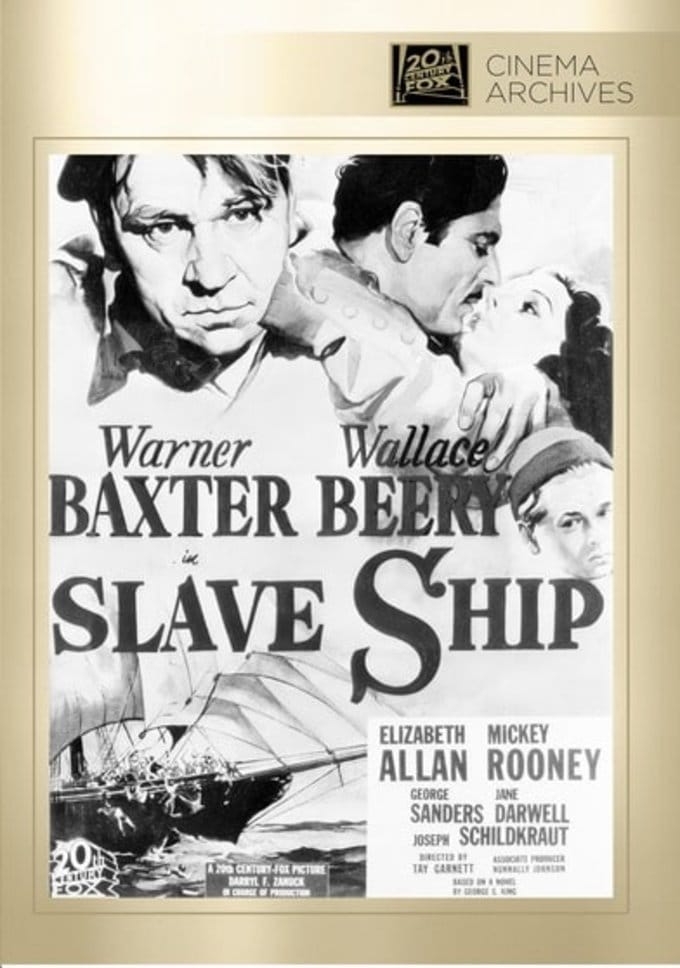 The skipper of an early slave trading vessel operating along the African coast attempts to get out of the business by getting rid of his crew and hiring a new one, only to find out that such a corrupt path is not so easily changed. Mutiny, swashbucklers, and a beautiful bride make this high seas adventure an unforgettable one. Mickey Rooney joins the cast as Swifty the cabin boy.

This period adventure drama was directed by Tay Garnett and adapted from a story by William Faulkner. The skipper of a slave trading vessel operating along the West African coast in 1860, Captain Jim Lovett (Warner Baxter) is troubled by his flesh-peddling trade. He's marrying the beautiful Nancy Marlowe (Elizabeth Allan) and wants to replace his morally-indefensible business with a more respectable foray into standard goods shipping. So he orders his first mate, Jack Thompson (Wallace Beery) to fire most of the crew and replace them with new hands. However, the ship's swabbies are accustomed to their lucrative line of work and, under the sway of the greedy Lefty (George Sanders), they mutiny, resulting in high seas histrionics and swashbuckling sword fights, with comedy relief provided by Mickey Rooney as Swifty the cabin boy. Lon Chaney, Jr. appears unbilled in the film's opening, where his character is crushed during a ship's launching.

Action | Adventure | Slavery | Boats
This product is made-on-demand by the manufacturer using DVD-R recordable media. Almost all DVD players can play DVD-Rs (except for some older models made before 2000) - please consult your owner's manual for formats compatible with your player. These DVD-Rs may not play on all computers or DVD player/recorders. To address this, the manufacturer recommends viewing this product on a DVD player that does not have recording capability.

A Message To Garcia
$19
Add to Cart

Treasure of the Golden Condor (DVD-R)
$19
Add to Cart