From 20th Century-Fox...The All-Time Big-Time Good-Time Show of the Year! 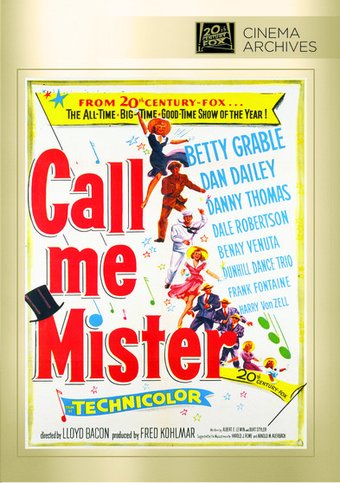 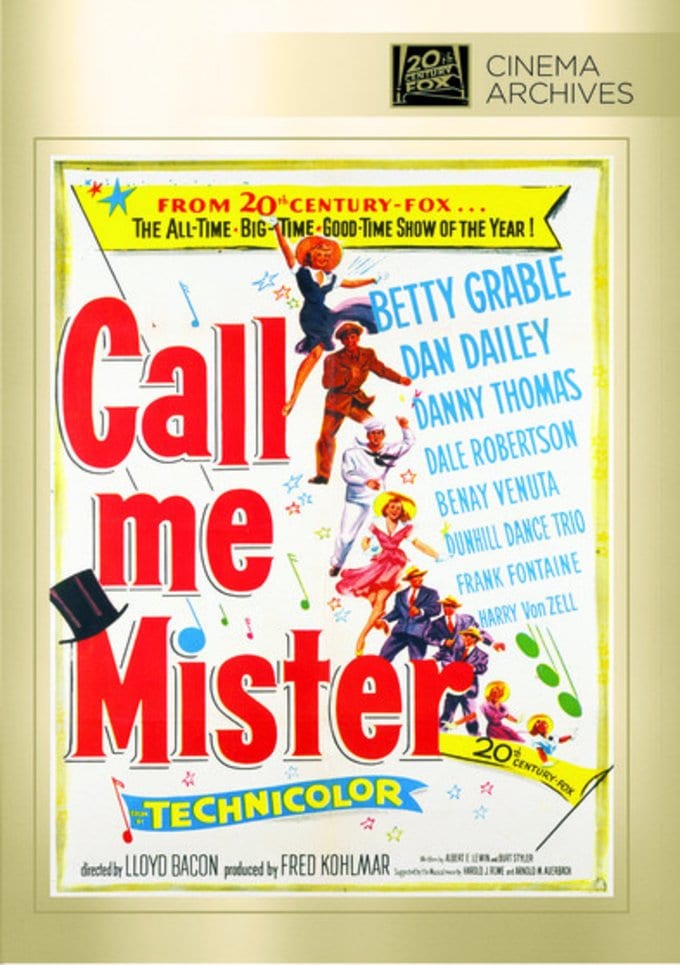 A song-and-dance man stationed in Japan in World War II goes AWOL to follow his wife, a member of an entertainment unit who has rejected him because of his many affairs.

The original Broadway musical CALL ME MISTER was a plotless revue. By the time the property made it to the screen, however, a storyline was grafted on and much of the revue's funnier (and dirtier) material was weeded out. Betty Grable stars as an American USO entertainer Kay Hudson, touring the bases in postwar Japan. Somewhere along the way she crosses the path of former husband Shep Dooley (Dan Dailey). Despite the presence of ardent suitor Capt. Johnny Comstock (Dale Robertson), Dooley begins a campaign to win his wife back. They are reconciled during a climactic stage show, which affords ample opportunity for both Grable and Dailey to demonstrate their terpsichorean skills (Busby Berkeley handled the choreography). Cast as a GI who hates the army, Danny Thomas (a holdover from the Broadway production) does a truncated version of his own nightclub act. Specialty numbers are provided by the Dunhill dance team, and by an unbilled Bobby Short.

Dance | Marriage | Japan | Dancing | Behind The Scenes | Soldiers | Love | America
This product is made-on-demand by the manufacturer using DVD-R recordable media. Almost all DVD players can play DVD-Rs (except for some older models made before 2000) - please consult your owner's manual for formats compatible with your player. These DVD-Rs may not play on all computers or DVD player/recorders. To address this, the manufacturer recommends viewing this product on a DVD player that does not have recording capability.

That Lady in Ermine
$19
Add to Cart