Get email alerts for The Controllers
7 ratings
Available: Usually ships in 1-3 business days
Add to Cart
Add to Wishlist
Format:  CD-R
item number:  COL 5437
Related products:
The Stylistics: 5 Classic Albums (5-CD) for $22.60
Jeffrey Osborne: Worth It All for $17.20
Black Ivory: Don't Turn Around - A Golden Classics Edition for $6.98
The Persuaders: Thin Line Between Love & Hate for $6.98
The Controllers: Clear View for $11.80
91% recommend us! 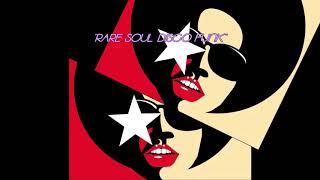 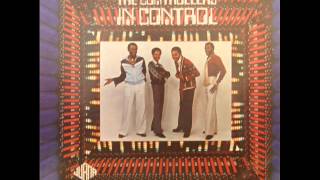 In 1965, The Controllers began their career as The Epics. They changed their name to The Soul Controllers in 1970 before finally settling on The Controllers. Not long afterwards, they had their first hits "Somebody's Gotta Win, Somebody's Gotta Lose" and "Heaven Is Only A Step Away". This collection features the best of these Soul belters who were as effective on ballads as they were on uptempo dance tunes.

Includes liner notes by David Nathan.
Liner Note Author: David Nathan .
The Controllers were among the most underrated and overlooked '70s soul groups. They didn't generate nearly as much publicity or have as much crossover success as fellow Alabama performers the Commodores, but their slow songs were far more earthy and explosive. Their reflective "Somebody's Gotta Win," eloquently and passionately delivered by lead singer Reginald McArthur, stands tall amongst the set's more Southern-flavored offerings. This album was a solid hit with R&B and Southern soul audiences, and still retains plenty of power. Collectables later reissued this album as part of their Golden Classics series. ~ Ron Wynn & Andrew Hamilton

William DeVaughn
Be Thankful For What You've Got - A Golden Classics Ed. (CD-R)
$12.68 on Sale
Add to Cart

54%off
Chris Bartley
Sweetest Thing This Side of Heaven - A Golden Classics Ed. (CD-R)
$5.98 on Sale
Add to Cart

The Controllers
If Tomorrow Never Comes
$21.40
Add to Cart

The Eyes / The Controllers
Don't Talk To Me / (The Original) Neutron Bomb / Victims...
$10 on Sale
Add to Cart