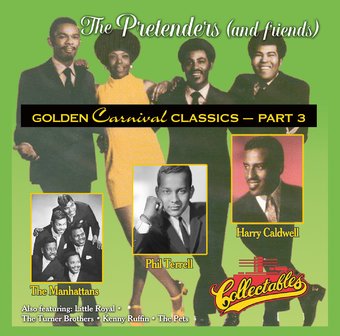 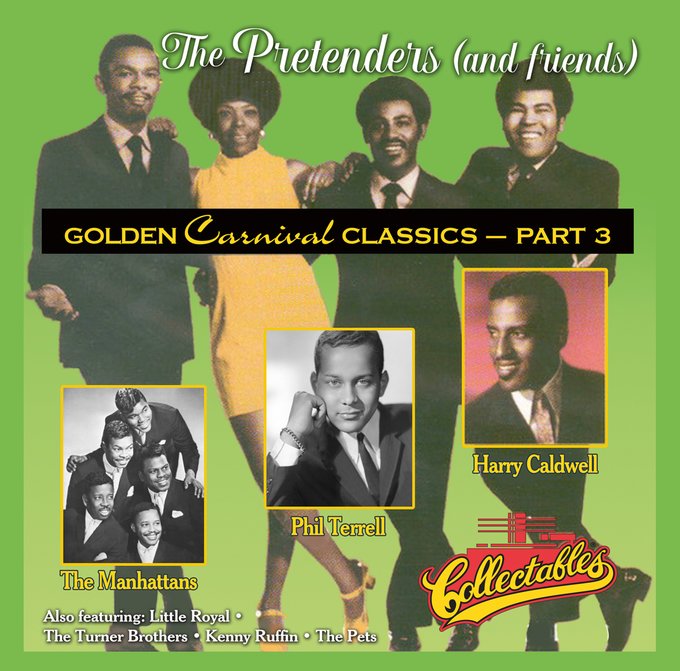 A fine collection featuring some of the best artists who recorded for Carnival. Half of the tracks are by the R&B quartet The Pretenders, who joined the label in its waning years but managed to become popular in Philly and DC. The Manhattans, Carnival's biggest act who later went on to even greater fame on Columbia, contribute two tracks, the James Brown-ish Little Royal is heard on three selections, and the disc is rounded out with selections by The Turner Bros., Kenny Ruffin, Phil Terrell, and The Pets.

This is the third in a series of CD releases of Carnival Records recordings by Collectables Records, and this one is the charm. The Pretenders are unknown to many; even the staunchest R&B fans have probably never heard them. They recorded for Carnival, owned by Joe Evans, during the label's waning years when Evans had apparently lost interest. Nine of the 18 cuts are by the Pretenders, whose lineup was comprised of a female and three males. The three Manhattan remakes are better than the originals, particularly "I'm the One Love Forgot"; this slowie overflows with soul. The Manhattans, who later went on to fame with CBS Records, were Carnival's biggest act. Their "For the Rest of My Days" is simply beautiful, and the harmonies are unbelievably good, ranking with the best.
The other cuts on this compilation, save for the Manhattans' rendition of Lee Williams & the Cymbals' "Til You Come Back to Me," are subpar; the Manhattans' version is more laid-back then the Cymbals' emotionally charged original. Oddly, Collectables left the Cymbals' version of this beauty off Golden Carnival Classics, Vol. 3, which featured Lee Williams & the Cymbals. Little Royal is represented on two sides and comes off as a bargain-bin James Brown imitator. "I Say Yeah," by the Pets, deserves mentioning because it was one of George Clinton's (of P-Funk fame) first productions; it was written by Clinton, Joe Evans, Fuzzy Haskins, and Grady Thomas, and produced by Parlar productions in 1965, it's rather dull and shows no indication of the powerful P-Funk vibes to come. Collectables provides no information about the artists or songwriters, which is pretty pathetic. Kent Records out of the United Kingdom has also compiled a series of CDs chronicling Carnival Records, and does a much better job. Their CD booklets include information about the artists, Carnival Records, Joe Evans, and includes songwriting and publishing credits. ~ Andrew Hamilton

The Pretenders
Pretenders II
$21.95 on Sale
Add to Cart