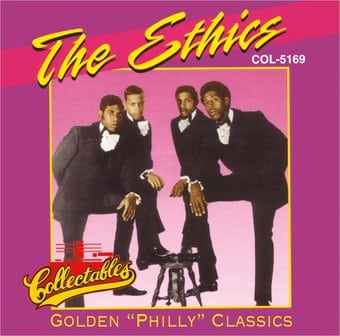 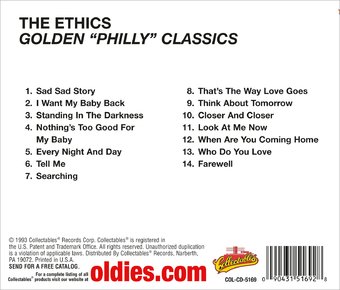 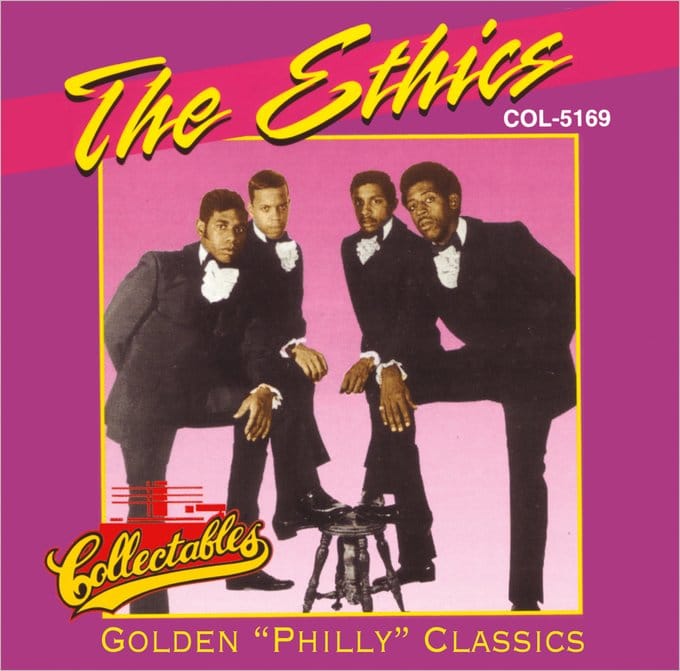 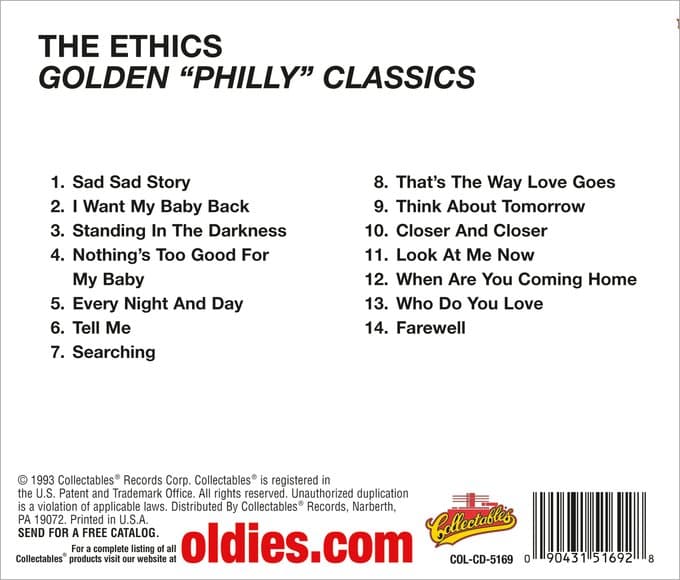 The members of the Ethics came together through various talent shows held throughout the Philadelphia area and the group was capable of singing Rock, Rhythm and Blues, Jazz and Classical music all with an exceptional sound. The group formed in the late '60s and recorded numerous songs before breaking up in the early '70s. This CD represents a portion of their early recordings.

The Ethics: Ronald Tyson Presson, Joe freeman, Carl" Nugie" Enlow, Andrew "Bike" Collins (vocals).
Ronald Tyson-Presson, Joe Freeman, Carl Enlow and Andrew Collins were the Ethics, a quartet of lead singers with Philly roots. Tyson-Presson went on to sing with Love Committee before striking gold with the Temptations, where's he's the longest running member next to Otis Williams. The versatile falsetto is also a noted songwriter with eight pages of titles listed with Broadcast Music Incorporated. "Sad Sad Story," led by Tyson-Presson's delicate falsetto is a heart tugger that did well in Philly and along the East Coast. The clattering "I Want My Baby Back" and "Standing in the Darkness" features a rough tenor. A classy tenor/baritone is out front on "Nothing Too Good for My Baby" (a lilting, midtempo floater) and "Every Night and Day." "Tell Me," their biggest record, is choice sweet Philly soul; each Ethic sings some lead lines on a song that may well have inspired Blue Magic's sound. The subtle grace of "Searching" grows on you. The Ethics excel when Tyson-Presson leads, and "That's the Way Love Goes" is no exception -- the beat ballad has heavy doo wop influences. Tyson-Presson sounds like an innocent adolescent on the lilting "Think About Tomorrow," whose lyrics were obviously motivated by the Temptations' "Fading Away." In the skittish "Closer and Closer," a tenor testifies against sparse instrumentation and rah rah backing vocals. "Look at Me Now" hooks you from the start; a tenor convincingly sings of how his life has improved since finding his Boo. They close with the appropriate "Farewell," a killer ballad that Tyson-Presson juices along with a tenor a la Eddie Kendricks and David Ruffin. While some material is weak, their singing abilities are unquestionable. Unfortunately, Collectables Records did a miserable packaging job, there are no songwriters' credits and the bio is skimpy. ~ Andrew Hamilton