Monster From A Prehistoric Planet

A giant monster hatches from an egg and attacks Japan. 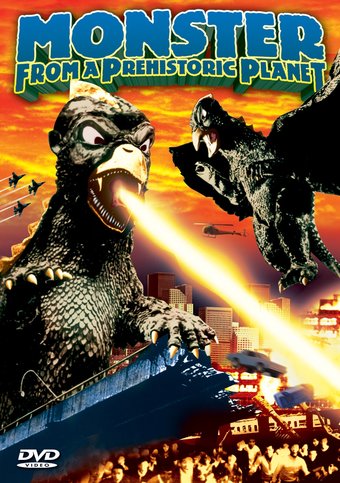 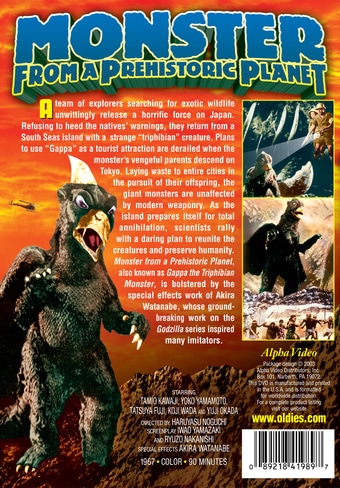 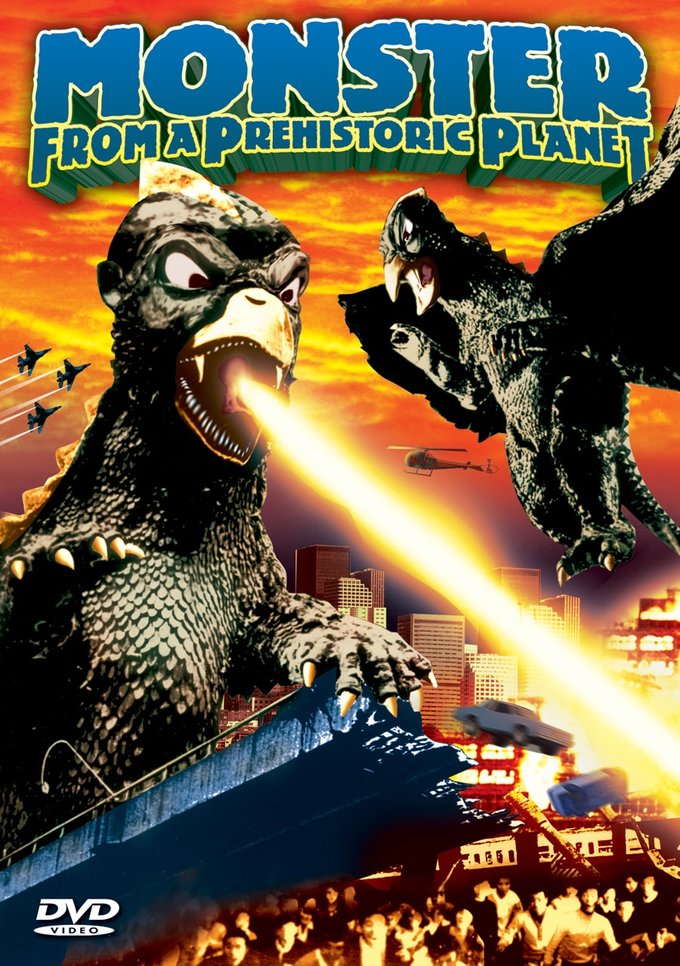 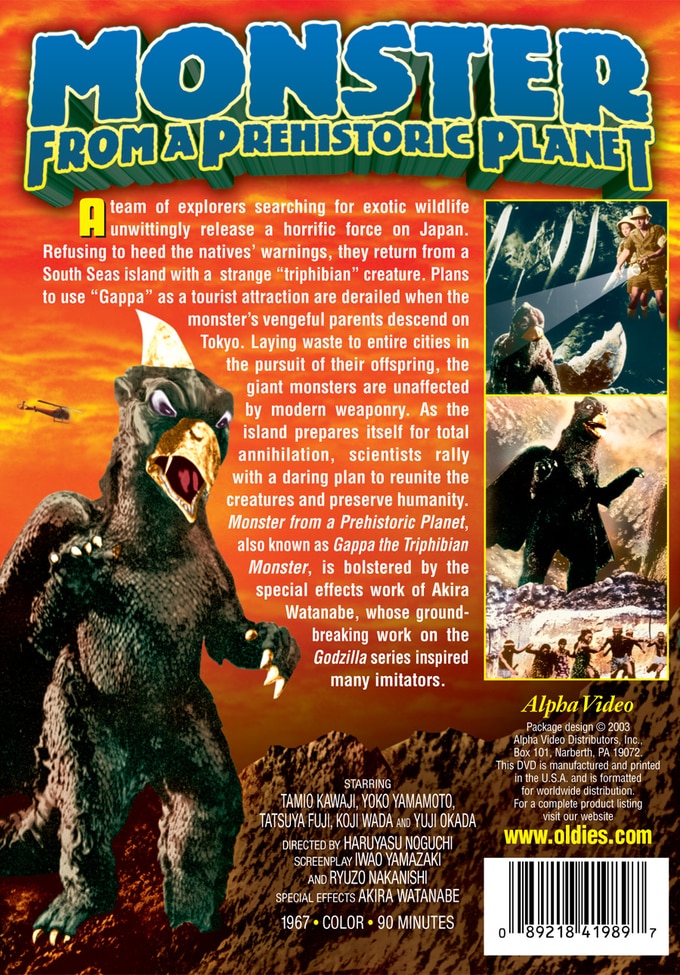 A team of explorers searching for exotic wildlife unwittingly release a horrific force on Japan. Refusing to heed the natives' warnings, they return from a South Seas island with a strange triphibian creature. Plans to use Gappa as a tourist attraction are derailed when the monster's vengeful parents descend on Tokyo. Laying waste to entire cities in the pursuit of their offspring, the giant monsters are unaffected by modern weaponry. As the island prepares itself for total annihilation, scientists rally with a daring plan to reunite the creatures and preserve humanity. Monster from a Prehistoric Planet, also known as Gappa the Triphibian Monster, is bolstered by the special effects work of Akira Watanabe, whose groundbreaking work on the Godzilla series inspired many imitators.

A publisher decides to build a recreational center and wants everything to be authentic. He sends a group to a tropical island to bring back plants, but instead they bring back a giant bird-reptile. Unfortunately, its parents want it back and pave a path of destruction across Japan trying to reclaim it.

Gappa, a baby prehistoric creature is brought to Tokyo, and its fire breathing parents leave no building uncrushed and no missile left unfired in their attempt to rescue their little bundle of joy.

Campy | Monsters | Science-Fiction | Thriller | Japan
This product is made-on-demand by the manufacturer using DVD-R recordable media. Almost all DVD players can play DVD-Rs (except for some older models made before 2000) - please consult your owner's manual for formats compatible with your player. These DVD-Rs may not play on all computers or DVD player/recorders. To address this, the manufacturer recommends viewing this product on a DVD player that does not have recording capability.

16%off
Varan the Unbelievable
$8.40 Super Savings
Add to Cart


great action sequences and pretty good special effects for a foriegn monster movie. i gave it the PROPS it deserved.
now the down sides. the title is monster from prehistoric planet. ISLAND, ISLAND NOT PLANET!!!AND MONSTERSSSSS there are three not one. and the ending was to sappy.


I got this one on Super 8mm along with 'Yongary' and I really liked it. This DVD was a great purchase! The print could be better and there is a better version on DVD from another studio, however, if you haven't see this movie before I would go for this version first! All-in-all it's great fun and for $6 is great value and a lot of fun!!!


if your a fan of giant monster movies, this is you best buy! sure it doesn't have the best special effects, it it makes up for it in a good old fashion romp throught tokyo. the plot is full of holes though. but if you can stand through a godzilla or gamera movie prepare to be amazed.