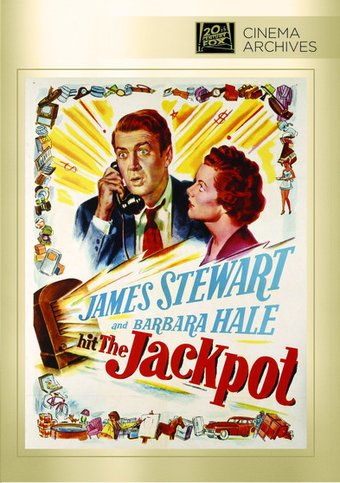 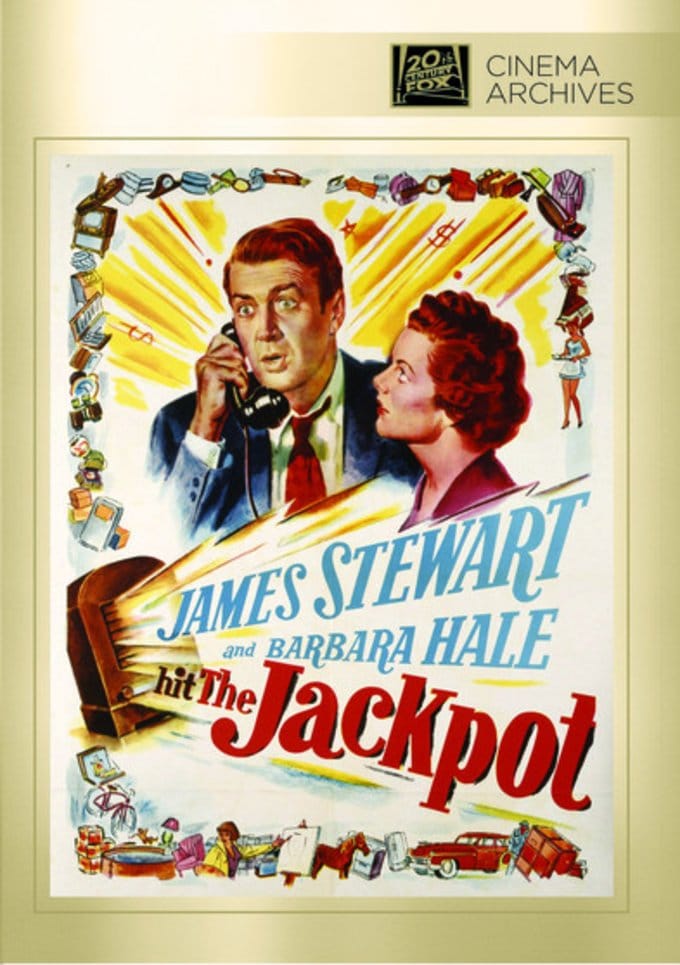 When Bill Lawrence wins big on a radio quiz program, he is ecstatic until he realizes he will have to sell the prizes so he will be able to afford the taxes on them.

THE JACKPOT is a generally pleasing satire of quiz programs. James Stewart stars as Bill Lawrence, an average Joe who picks up the phone one day, answers a simple question, and suddenly finds himself the recipient of a radio quiz-show jackpot. Tons of prizes are shipped to Lawrence's house, to the delight of his wife Amy (Barbara Hale) and his kids. Unfortunately, the Lawrences must now contend with the income tax folks, who levy huge tariffs on their "free" prizes. Complications begin piling up with dizzying rapidity, resulting in a night in the hoosegow for the befuddled Mr. Lawrence. Featured in THE JACKPOT as the Lawrence children are a couple of stars-in-the-making: Natalie Wood and Tommy Rettig.

Satire
This product is made-on-demand by the manufacturer using DVD-R recordable media. Almost all DVD players can play DVD-Rs (except for some older models made before 2000) - please consult your owner's manual for formats compatible with your player. These DVD-Rs may not play on all computers or DVD player/recorders. To address this, the manufacturer recommends viewing this product on a DVD player that does not have recording capability.

Since You Went Away
$19
Add to Cart

Flesh and Fantasy
$19
Add to Cart