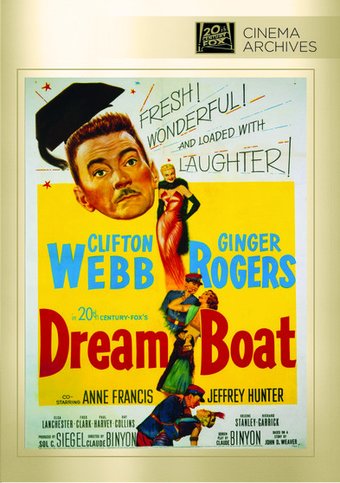 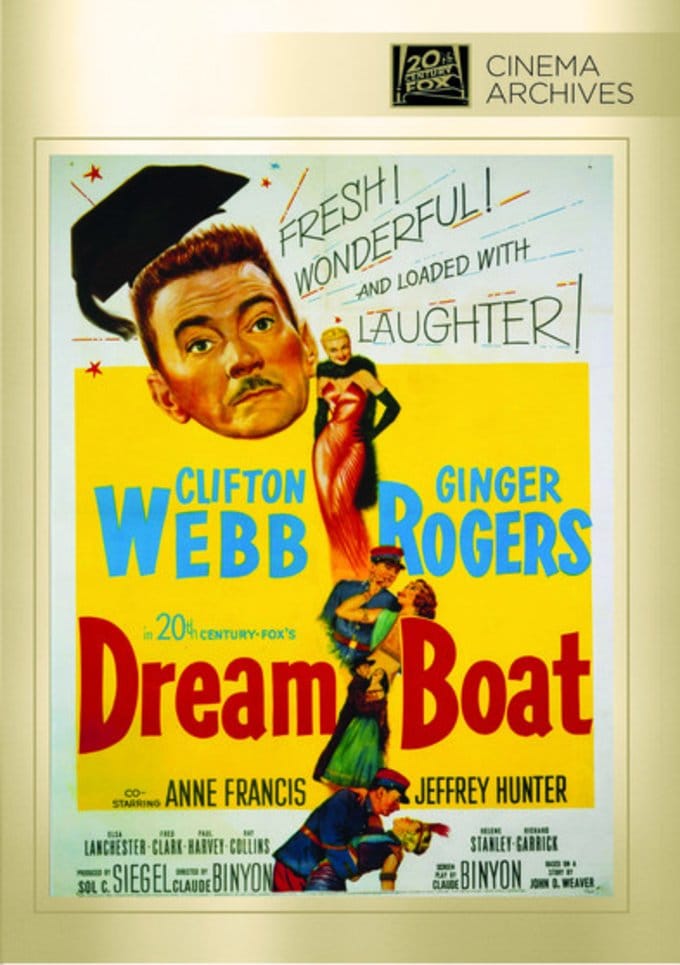 A college professor's former career as a silent movie star is suddenly and unwillingly brought back to life.

DREAMBOAT stars Clifton Webb as Thornton Sayre, the perfectionist professor of literature at a sedate Midwestern university. Widowed and with a pretty daughter (Anne Francis), Sayre has given no clue to his previous life before becoming a teacher. But thanks to television, everyone discovers that Sayre is actually Bruce Blair, a former silent screen star known as "America's Dreamboat." Sayre's onetime leading lady (Ginger Rogers) has made a comeback hosting screenings of her old films on TV, and the result is acute embarrassment for both the professor and his college. Sayre takes the case all the way to court, where he wangles a compromise agreement: he will permit his films to be televised as long as they're not "doctored" to accommodate commercial endorsements (this was based on a real-life lawsuit involving cowboy Gene Autry -- which Autry lost). The ensuing publicity costs Sayre his college job, but the renewal of interest in his old films results in a new movie contract. Although silent movies and singing commercials are easy satirical targets, DREAMBOAT still delivers the laughs, and it's fun to see Clifton Webb camping it up as a "Doug Fairbanks" type.

Satire | Showbiz | Actors | Literature
This product is made-on-demand by the manufacturer using DVD-R recordable media. Almost all DVD players can play DVD-Rs (except for some older models made before 2000) - please consult your owner's manual for formats compatible with your player. These DVD-Rs may not play on all computers or DVD player/recorders. To address this, the manufacturer recommends viewing this product on a DVD player that does not have recording capability.