Take Her, She's Mine 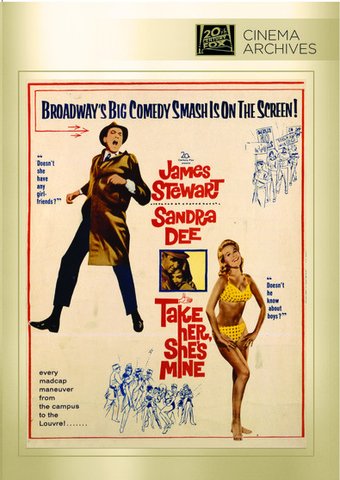 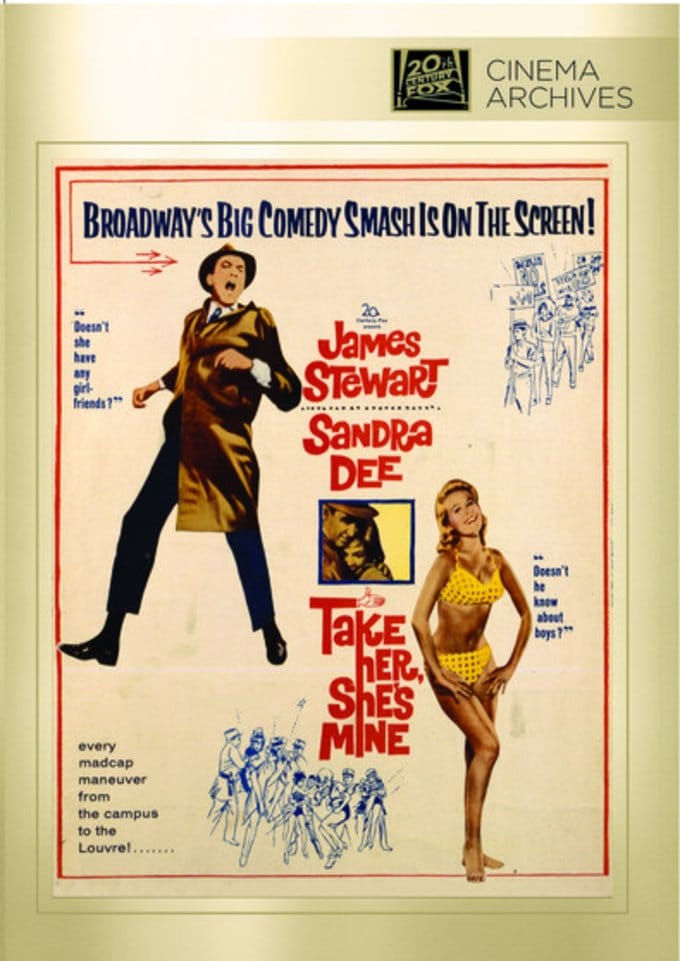 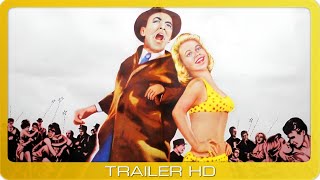 A concerned father travels to Europe to find his precociously trendy daughter after he sees a painting of her on the cover of a leftist magazine.

In this generation gap movie of the early 1960s, Sandra Dee is Mollie Michaelson, a teenage rebel enamored with long-haired hippies and radical anti-nuclear political causes. Her involvement in such activities sends her ultra-conservative father Frank (James Stewart) into a tizzy. His reassuring wife is played by Audrey Meadows. Frank's furor deepens when Mollie is sent to Paris on an art scholarship. Back at home, Frank picks up a popular magazine and finds that his daughter has posed on the cover for a radical artist, Henri Bonnet (Philippe Forquet). He pursues her to save her from further degradation, but he ends up in a café in the wrong part of Paris just as it is raided by police. They arrest him on trumped-up and erroneous charges, and he struggles to prove that he's not guilty. This film was based on a play by Phoebe Ephron and Henry Ephron.

Artists | Families
This product is made-on-demand by the manufacturer using DVD-R recordable media. Almost all DVD players can play DVD-Rs (except for some older models made before 2000) - please consult your owner's manual for formats compatible with your player. These DVD-Rs may not play on all computers or DVD player/recorders. To address this, the manufacturer recommends viewing this product on a DVD player that does not have recording capability.

The Restless Years
$19
Add to Cart

Romanoff and Juliet
$19
Add to Cart