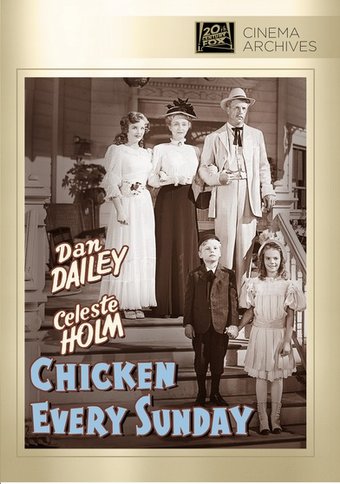 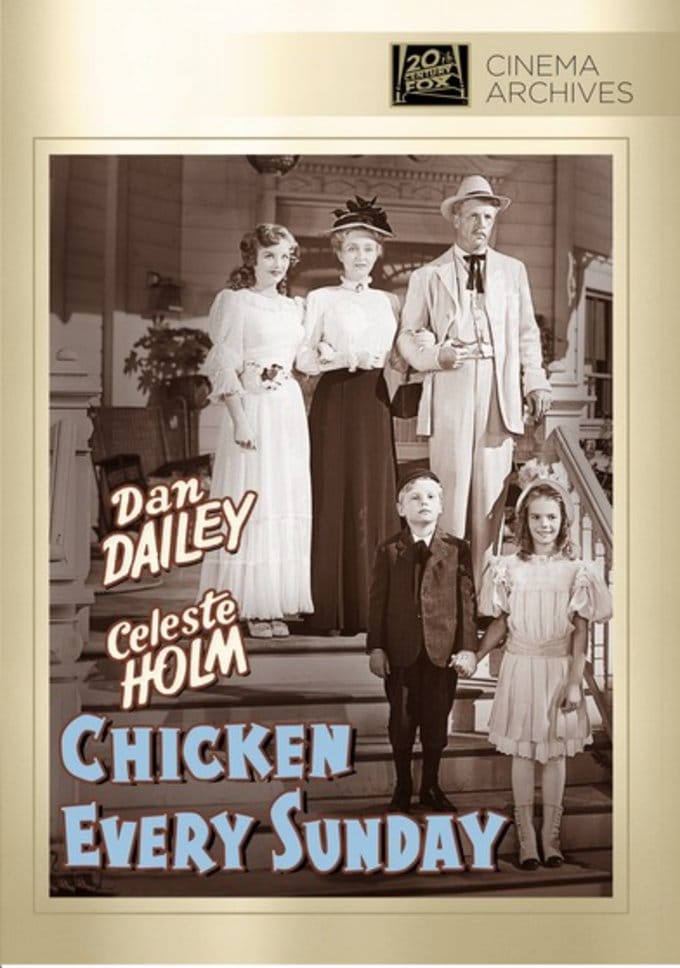 Based on the play by Julius J. Epstein, Emily Heffernan (Eleste Holm) struggles to keep the household running by renting out rooms to boarders, while her husbands spends all their earnings on get-rich-quick schemes.

George Seaton's 1948 comedy CHICKEN EVERY SUNDAY was based on the play by Julius J. Epstein and Philip G. Epstein as well as the original memoirs of Rosemary Taylor. Set during the turn of the century on the American frontier, Emily Heffernan (eleste Holm) is the practical wife of foolish would-be businessman Jim Heffernan (Dan Dailey). While Emily struggles to keep the household together by renting out rooms to boarders, Jim wastes the family's earnings on get-rich-quick schemes. Told in flashback, Emily recalls her 20-year marriage before filing for divorce. Emily has had enough and wants to leave, but their friends try to get them back together. Also starring Colleen Townsend, Alan Young, and a ten-year-old Natalie Wood.

Romantic Comedy
This product is made-on-demand by the manufacturer using DVD-R recordable media. Almost all DVD players can play DVD-Rs (except for some older models made before 2000) - please consult your owner's manual for formats compatible with your player. These DVD-Rs may not play on all computers or DVD player/recorders. To address this, the manufacturer recommends viewing this product on a DVD player that does not have recording capability.