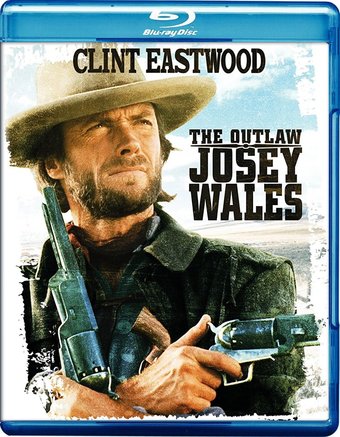 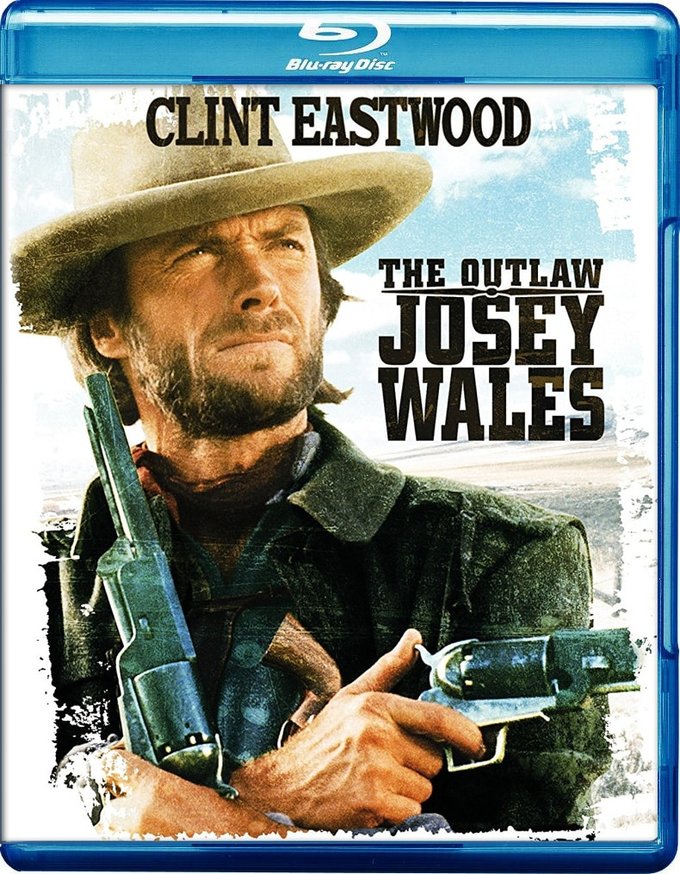 "You gonna pull those pistols or whistle 'Dixie''"
- Josey Wales (Clint Eastwood) to four skittish Union soldiers
"When I get to liking someone, they ain't around long."--Josey Wales
"I noticed when you get to disliking someone, they ain't around for long neither!"
- Lone Watie (Chief Dan George)
"You a bounty hunter'"--Josey Wales
"Man's gotta do somethin' for a living these days."
- Bounty hunter (John Chandler)
"Dying ain't much of a living, boy."
- Wales
"I guess we all died a little in that damn war."
- Josey Wales to Fletcher (John Vernon)

As the film opens, Josey Wales is a simple farmer in Missouri. When a vicious band of Union Red Legs, led by Terrill (Bill McKinney), burns his home to the ground, killing his wife and son, Wales joins a gang of Confederate raiders, determined to get revenge. After the Confederacy loses the war, Wales sets out on his own, an outlaw who kills to survive. He eventually meets an old Indian (Chief Dan George, in a wonderfully sympathetic performance) and some other outcasts, and together they seek out a more peaceful existence. But Terrill continues to hunt Wales, and the simple farmer is forced to fight again. Critics did not take Clint Eastwood's THE OUTLAW JOSEY WALES seriously in 1976. Today, many consider it one of the greatest Westerns ever made. Here the West is an ugly and brutal place, as it is in Sergio Leone's films, but this is a different kind of Eastwood hero. He has a name, a sense of humor, and a heart. Made in the shadow of Vietnam and Watergate, the film conveys a bitter distrust of government but also a longing to live in peace. Next to UNFORGIVEN, this is the most sweeping and emotionally complex of Eastwood's Westerns.

Josey Wales will never forget the day his entire family was slaughtered...and now the once-peaceful farmer is going to wander the West making sure he gets revenge on all those responsible for the murders.