The hanging was the best show in town. But they made two mistakes. They hung the wrong man and they didn't finish the job! 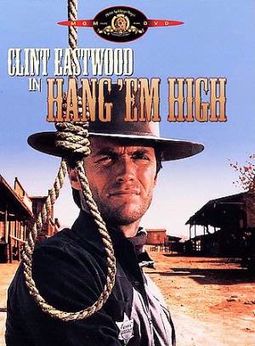 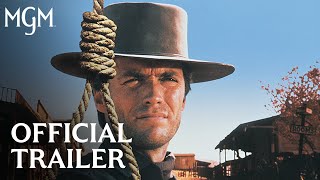 They riddled him with bullets. They strung him up. They left him to die. But they made two fatal mistakes: they hanged the wrong man...and they didn't finish the job. In his first American-made western, Clint Eastwood indelibly carves his niche as the quintessential tough guy - cool-headed, iron-willed and unrelenting in his pursuit of revenge.

Oklahoma, 1873. Jed Cooper (Eastwood), mistaken for a rustler and killer, is lynched on the spot by crooked lawman Captain Wilson (Ed Begley) and a rampaging band of vigilantes. But as Wilson and his gang flee the scene, there's one very important detail they've overlooked: Cooper is still alive! Out for justice - and vengeance - Cooper takes on the job of deputy marshal...and, one by one, tracks down the nine men who "done him wrong."

The first spaghetti western made in America (sans Sergio Leone) and Clint Eastwood's first star vehicle made outside Europe. Eastwood's innocent cowboy miraculously survives his own hanging and then treks across the frontier to bring his hangmen to justice. Highly entertaining, featuring cameos by Bruce Dern, Dennis Hopper, and cowboy veteran Bob Steele as a dungeon prisoner.

A man seeks revenge on the vigilante mob that attempted to hang him for a crime he didn't commit.

A Fistful of Dollars (DVD)
$8.70 Super Savings
Add to Cart