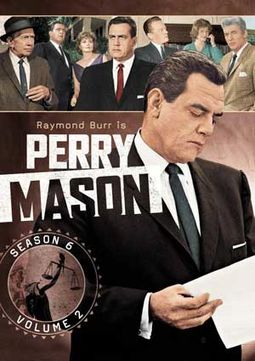 One of classic television's most enduring characters, sleuthing attorney Perry Mason (Raymond Burr), returns in this comprehensive box set that offers the final fourteen episodes of Season Six, which were originally produced and aired on CBS between January 17 and May 16, 1963. Installments include THE CASE OF THE WITLESS WITNESS, THE CASE OF THE GREEK GODDESS and THE CASE OF THE SKELETON'S CLOSET, while co-stars include Barbara Hale as secretary Della Street and William Hopper, as sardonic private eye Paul Drake.