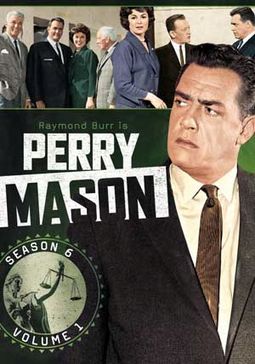 One of the most popular detective series of all time, PERRY MASON, appears in this box set that contains the first 14 episodes of the program's sixth season. The installments in this collection originally aired from September 27, 1962 through January 10, 1963, and include such classic outings as THE CASE OF THE FICKLE FILLY, THE CASE OF THE WEARY WATCHDOG and THE CASE OF THE STAND-IN SISTER. Supporting cast members include Barbara Hale (as Mason's assistant, Della Street) and William Hopper (as private detective Paul Drake).