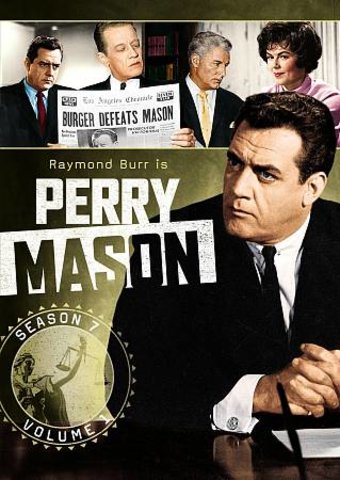 Erle Stanley Gardner's most enduring creation, sleuthing attorney Perry Mason (Raymond Burr), returns in this comprehensive box set that presents the first 15 episodes from Season 7 of the character's eponymous legal drama series. The installments seen here originally aired from September 26, 1963 through January 16, 1964 and include: THE CASE OF THE FESTIVE FELON, THE CASE OF THE FLOATING STONES, THE CASE OF THE RELUCTANT MODEL, THE CASE OF THE DROWSY MOSQUITO and many more.