Spin: 3.5 stars out of 5 -- "PILGRIMAGE throbs and grinds with hypnotic, almost dubby bass." 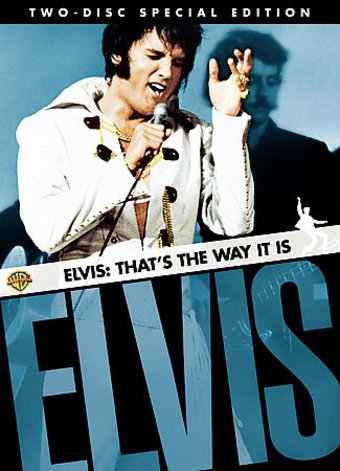 When Elvis stopped making movies in Hollywood and returned to making music following his triumphant 1968 comeback, he gathered together a group of hot Nashville cats to back him up. THAT'S THE WAY IT IS follows Elvis as he prepares to return to the stage and follows him up to his opening nights. This is a compelling, fascinating, and highly amusing musical documentary where Elvis' overall talent and musicality come through while watching him rehearse, jam and arrange his list of songs. Simultaneously celebrating and poking good-natured fun at the Las Vegas era of Elvis's career, director Denis Sanders often just sits back and lets the performances speak for themselves. The film includes the King preparing offstage for his 1970 tour and culminates in his opening night performance in Las Vegas. The film includes more than 30 of the King's fabulous songs.