I bought this woman for my own… and I'll kill the man who touches her!

2.6K ratings
Currently Out of Stock: We'll get more as soon as possible
Notify Me When Available
Add to Wishlist
Format:  DVD
item number:  Y2GA
Also released as:
Unconquered (Blu-ray) for $20.30
Related products:
Band of Angels for $17.30
Classic Western Round-Up, Volume 2 (The Texans / California / The Cimarron Kid / The Man from the... for $25.30
Our customers love us! 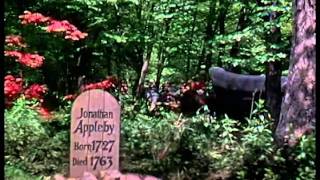 Legendary showman Cecil B. DeMille directed this lavish historical drama about the conflict between Native Americans and colonists in the pre-Revolutionary War American wilderness. Paulette Goddard stars as Abby Hale, an English convict sentenced to slavery in America who is bought and freed by militiaman Chris Holden (Gary Cooper). However, Martin Garth (Howard Da Silva), a treacherous supplier of illegal arms to the Indians, has other plans for Abby and manages to rebuy her with the worst of intentions. Abby becomes an indentured servant for Garth, toiling bravely for her cruel owner. But Chris is not far from Abby and quickly realizes he has been double-crossed by the dangerous man. Chris gallantly rescues Abby and takes her in while Martin goads powerful Seneca Indian chief Guyasuta (Boris Karloff) to attack the colonists. Suddenly peace-loving Chris must contend with the warring Senecas, with Martin, and with his own feelings for Abby. In true DeMille style, the dynamic duo fight the wilderness surrounding them, escaping everything from Indian massacres and death-defying waterfalls to burning stakes and political ambush. Through it all DeMille manages to capture the gutsy determination of American colonists with his trademark air of spectacle and action-packed peril. UNCONQUERED was based on the novel by Neil H. Swanson.

Cecil B. DeMille directed this prerevolutionary saga about an English prisoner who is indentured in the colonies during the early struggles between the settlers and the Indians.

For Whom the Bell Tolls (DVD)
$8.70 Super Savings
Add to Cart

18%off
Freemasonry and The Knights Templar: Legacy Of Secrecy
$16.40 Super Savings
Add to Cart
(3)