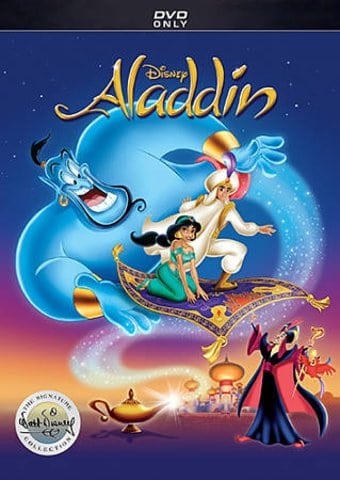 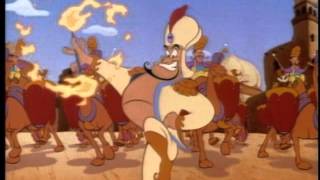 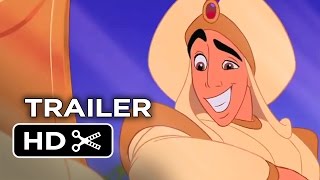 Disney brings a whole new world vividly to life once again in this musical story from the Arabian Nights. Aladdin, an eager genie (with the voice of Robin Williams) and a sultan's daughter take a magic carpet ride through a fireworks display of incredible animation. Direct-to-video sequel: "The Return of Jafar." Academy Award Nominations: 5, including Best Song ("Friend Like Me"). Academy Awards: Best Original Score, Best Song ("Whole New World").

This funny, romantic tale about a spunky orphan and a smart princess won the hearts of children and adults alike.
Poor Aladdin looks longingly at the Sultan's luxurious castle, and dreams of living inside, but Princess Jasmine wants only to escape that pampered life. Finally, she does run away, only to discover how hard life on the streets can be -- especially when a vendor accuses you of thievery. Aladdin comes to her rescue, and soon the two have fallen in love. But how can a beggar marry the sultan's daughter' His only hope lies in a magic lamp from the Cave of Wonders and a wisecracking genie who can grant wishes. But Jafar, the Sultan's evil advisor, desires that lamp himself, so he can rule the kingdom and possess Jasmine. Soon the handsome young boy and the cruel Jafar are locked in a battle of wits -- and unleashing magic the likes of which no one has seen before.