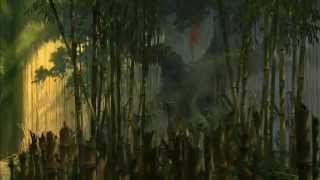 The legend of Tarzan is told in breathtaking fashion, from the loss of his parents in Africa to his adoption by a gorilla mother, Kala, to his rescue of Jane and the revelation that he is a human. Tarzan must decide where he belongs in life, while falling in love and saving his gorilla family from outsiders. An exciting film for the whole family, with songs by Phil Collins. The film's music was nominated for two Grammy Awards and one Golden Globe.

Tarzan(R) Special Edition
Swing into action and adventure with Disney's original classic, TARZAN(R), packed with fun-filled bonus features and award-winning music such as the memorable "You'll Be In My Heart" and "Trashin' The Camp." Disney's magnificent animated adaptation of Edgar Rice Burrough's story of the ape man begins deep within the jungle when baby Tarzan is adopted by a family of gorillas. Even though he is shunned as a "hairless wonder" by their leader, Tarzan is accepted by the gorillas and raised as one of their own. Together with his wisecracking ape buddy Terk and neurotic elephant pal Tantor, Tarzan learns how to "surf" and swing through the trees and survive in the animal kingdom. His "Two Words" collide with the arrival of humans, forcing Tarzan to choose between a "civilized" life with the beautiful Jane and the life he knows and loves with his gorilla family. Filled with humor, heart, and hilarious fun, TARZAN is an unforgettable adventure you'll watch again and again.