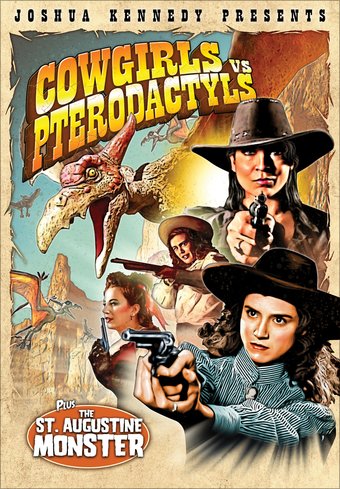 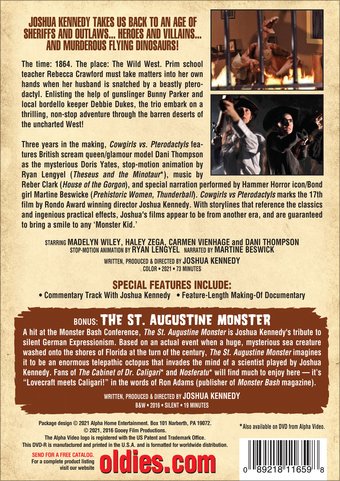 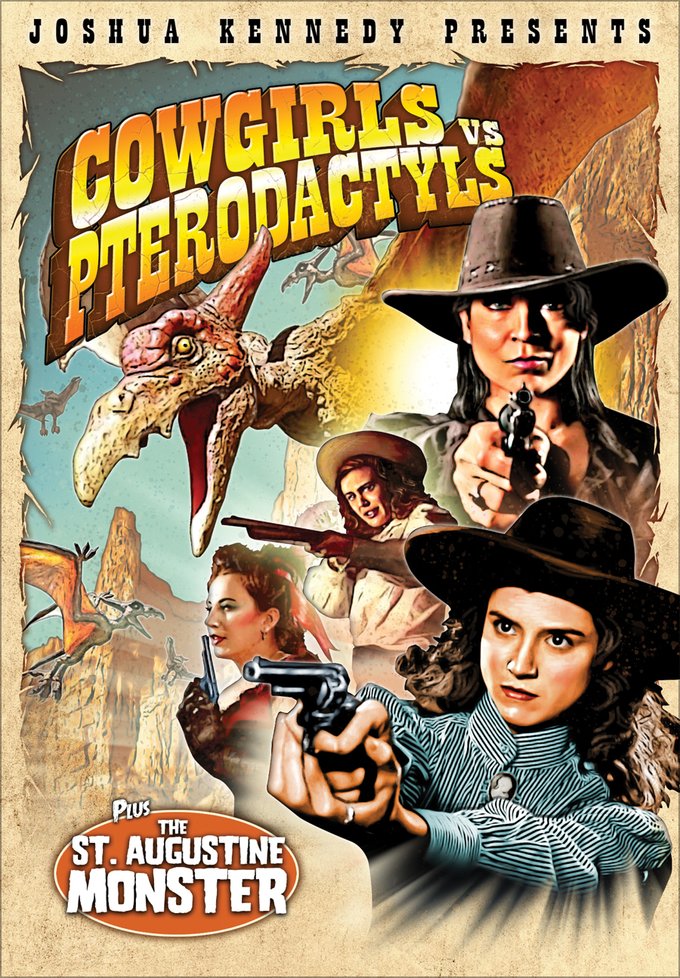 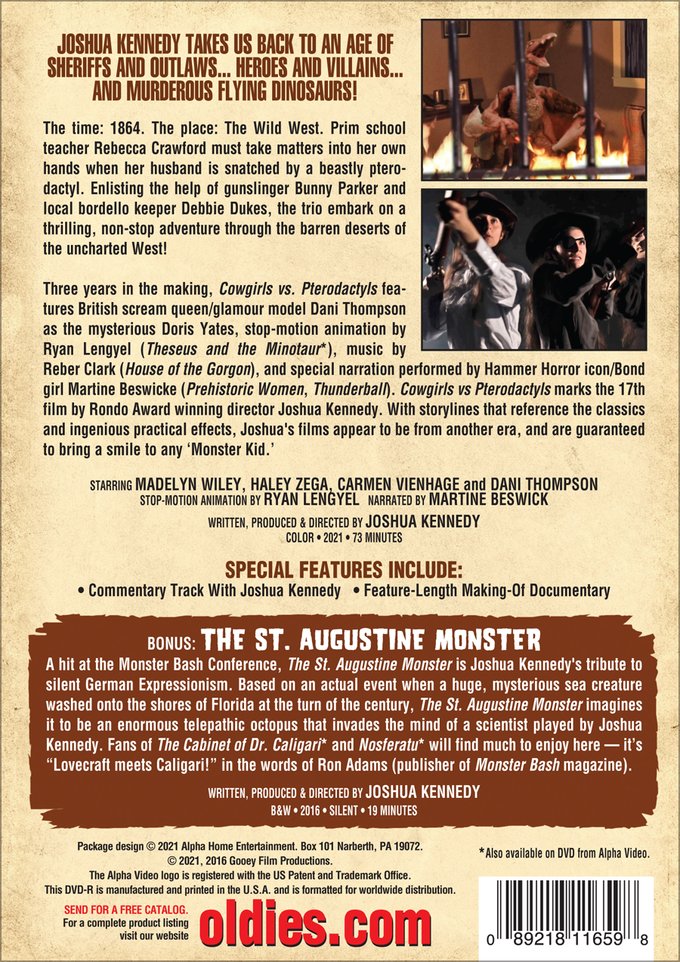 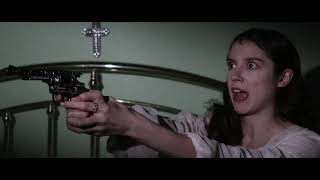 Joshua Kennedy takes us back to an age of sheriffs and outlaws...heroes and villains...and murderous flying dinosaurs!

The time: 1864. The place: The Wild West. Prim school teacher Rebecca Crawford must take matters into her own hands when her husband is snatched by a beastly pterodactyl. Enlisting the help of gunslinger Bunny Parker and local bordello keeper Debbie Dukes, the trio embark on a thrilling, non-stop adventure through the barren deserts of the uncharted West!

Three years in the making, Cowgirls vs. Pterodactyls features British scream queen/glamour model Dani Thompson as the mysterious Doris Yates, stop-motion animation by Ryan Lengyel (Theseus and the Minotaur), music by Reber Clark (House of the Gorgon), and special narration performed by Hammer Horror icon/Bond girl Martine Beswicke (Prehistoric Women, Thunderball.) Cowgirls vs Pterodactyls marks the 17th film by Rondo Award winning director Joshua Kennedy. With storylines that reference the classics and ingenious practical effects, Joshua's films appear to be from another era, and are guaranteed to bring a smile to any 'Monster Kid.'

Sexpots From Space Double Feature: Voyage To The Planet of... (DVD-R)
$6.98
Add to Cart