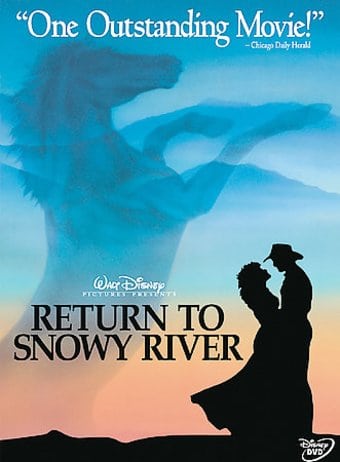 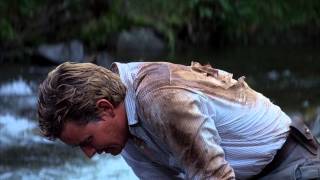 In this sequel to "The Man From Snowy River" (also), a frontiersman returns to the Australian highlands after a three-year absence to claim the girl he left behind. He soon discovers he has made an enemy in her father and a rival in an arrogant banker's son.

Return To Snowy River
Australia's breathtaking Victoria Alps set the backdrop for this spectacular epic saga. Tom Burlinson and Sigrid Thornton, two of Australia's brightest film talents, star in a fast-paced, action-packed story of a stormy romance caught up in a violent feud between landowners. Acclaimed actor Brian Dennehy (LEGAL EAGLES, COCOON) gives a gripping performance as the powerful patriarch determined to keep them apart. Visually unforgettable and packed with rugged adventure and masterful stuntwork, RETURN TO SNOWY RIVER is a thrilling and memorable film!

After spending some time away from his hometown, Jim Craig, the original man from Snowy River, returns to find his lady love forced into an unwanted engagement by her overbearing father. Once again, Jim has to prove his mettle to win the girl.

How to Train Your Dragon 2
$8.40 Super Savings
Add to Cart

16%off
Adventures of the Wilderness Family Triple Feature (The... (DVD)
$8.40 Super Savings
Add to Cart