The star has injured an ankle, but the show -- and inexperienced stage assistant Polly Browne -- must go on. Fashion icon Twiggy makes her screen debut as sweet-natured Polly, a role played earlier by Julie Andrews in her Broadway debut. 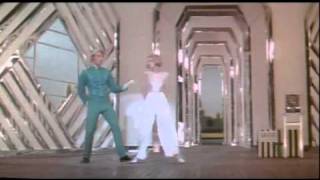 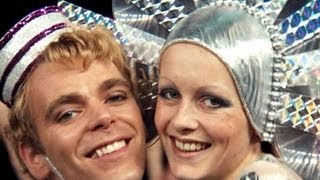 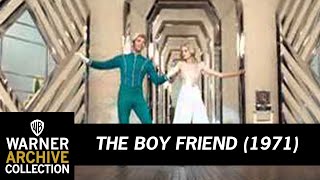 The star has injured an ankle, but the show -- and inexperienced stage assistant Polly Browne -- must go on. Break a leg, kid. And don't let the presence of Hollywood director and talent scout Mr. De Thrill add any pressure. And so begins this colorful tale of theater hopefuls with stars in their eyes and greasepaint in their veins, a work that, under the guidance of director Ken Russell, is not just an affectionate filmization of Sandy Wilson's London/Broadway stage hit but also an homage to the movie stagings of Busby Berkeley -- complete with imaginative use of kaleidoscopic top shots and rows of leggy chorines. Fashion icon Twiggy makes her screen debut as sweet-natured Polly, a role played earlier by Julie Andrews in her Broadway debut. Curtain up. Maybe someone will be discovered tonight.

A new star is born when the leading lady of this second rate theatre troupe sprains her ankle. The pretty assistant stage manager is ready to step in. But when the cast discovers that there is a Hollywood director in the audience this night, everyone has illusions of stardom. Academy Award Nominations: Best Song Score.

Ken Russell's delightfully charming musical recalls the plays and films of the 1930s, especially those of Busby Berkeley.
When the imperious star of a two-bit show called "The Boy Friend" gets injured and can't go on, a sweet and shy unknown is forced to step into her shoes. Will she find fame and win the heart of her handsome co-star, too'
Features a number of classic songs such as "All I Do Is Dream of You" and "You Are My Lucky Star".