A crime reporter is framed for the murder of a showgirl in this lost pre-Code classic. 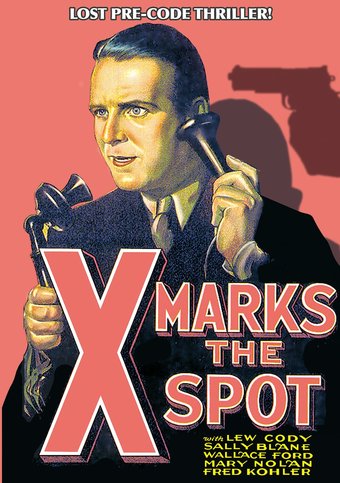 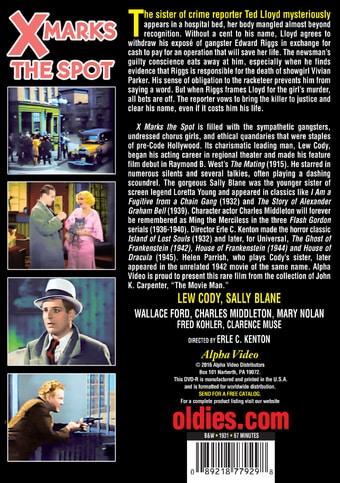 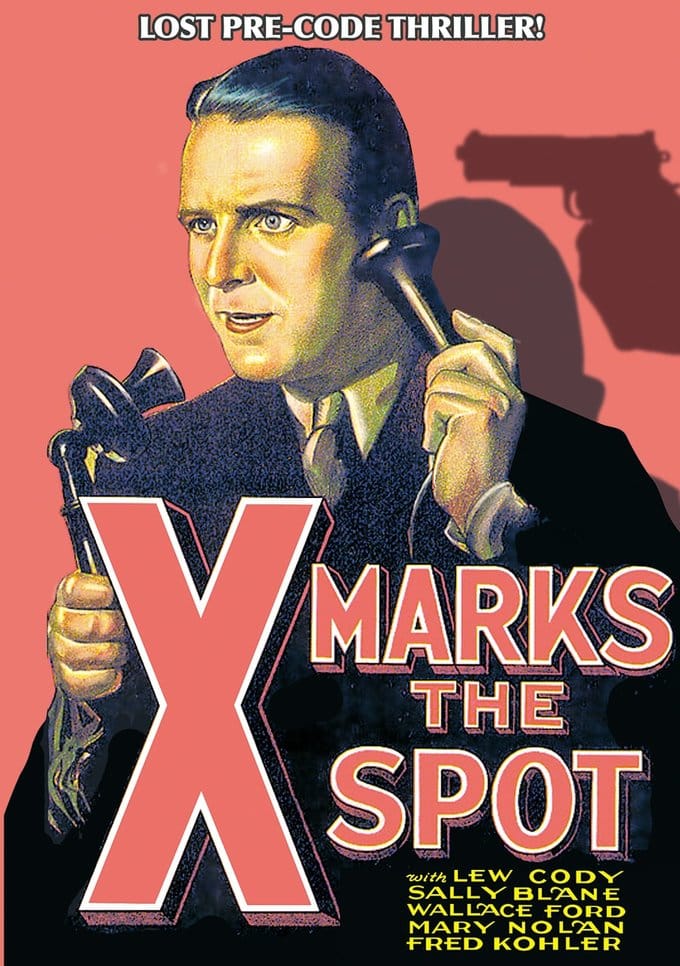 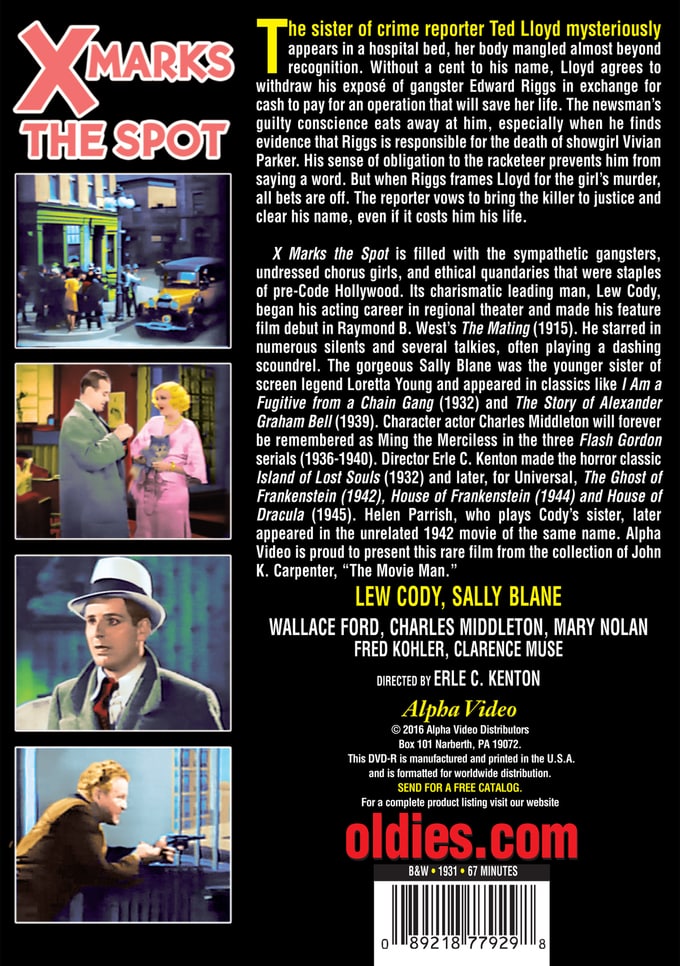 The sister of crime reporter Ted Lloyd mysteriously appears in a hospital bed, her body mangled almost beyond recognition. Without a cent to his name, Lloyd agrees to withdraw his exposé of gangster Edward Riggs in exchange for cash to pay for an operation that will save her life. The newsman's guilty conscience eats away at him, especially when he finds evidence that Riggs is responsible for the death of showgirl Vivian Parker. His sense of obligation to the racketeer prevents him from saying a word. But when Riggs frames Lloyd for the girl's murder, all bets are off. The reporter vows to bring the killer to justice and clear his name, even if it costs him his life.

X Marks the Spot is filled with the sympathetic gangsters, undressed chorus girls, and ethical quandaries that were staples of pre-Code Hollywood. Its charismatic leading man, Lew Cody, began his acting career in regional theater and made his feature film debut in Raymond B. West's The Mating (1915). He starred in numerous silents and several talkies, often playing a dashing scoundrel. The gorgeous Sally Blane was the younger sister of screen legend Loretta Young and appeared in classics like I Am a Fugitive from a Chain Gang (1932) and The Story of Alexander Graham Bell (1939). Character actor Charles Middleton will forever be remembered as Ming the Merciless in the three Flash Gordon serials (1936-1940). Director Erle C. Kenton made the horror classic Island of Lost Souls (1932) and later, for Universal, The Ghost of Frankenstein (1942), House of Frankenstein (1944) and House of Dracula (1945). Helen Parrish, who plays Cody's sister, later appeared in the unrelated 1942 movie of the same name. Alpha Video is proud to present this rare film from the collection of John K. Carpenter, "The Movie Man."