Woman on the Run

A woman is approached by the police to help them locate her missing husband who witnessed a murder. 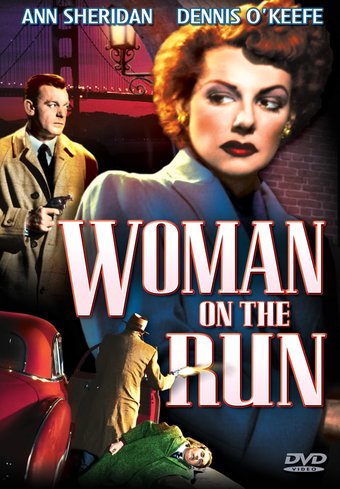 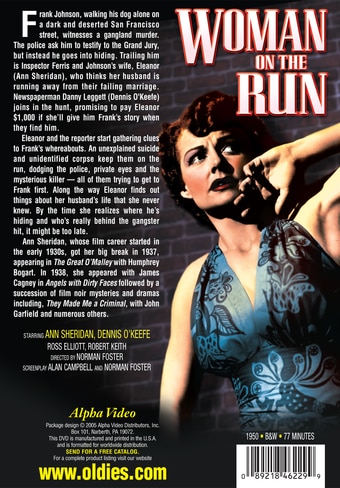 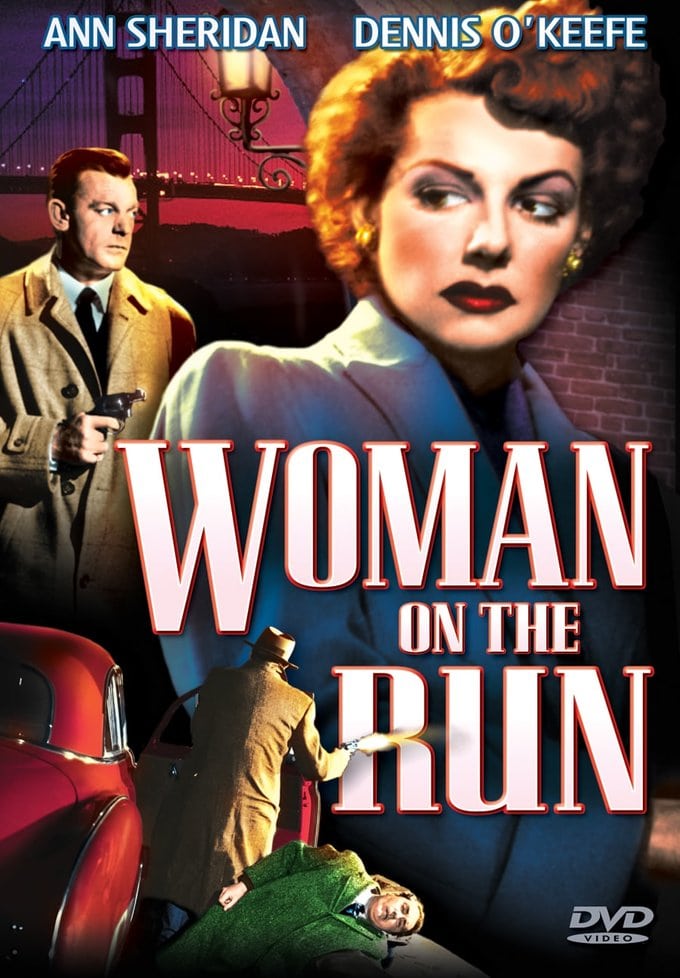 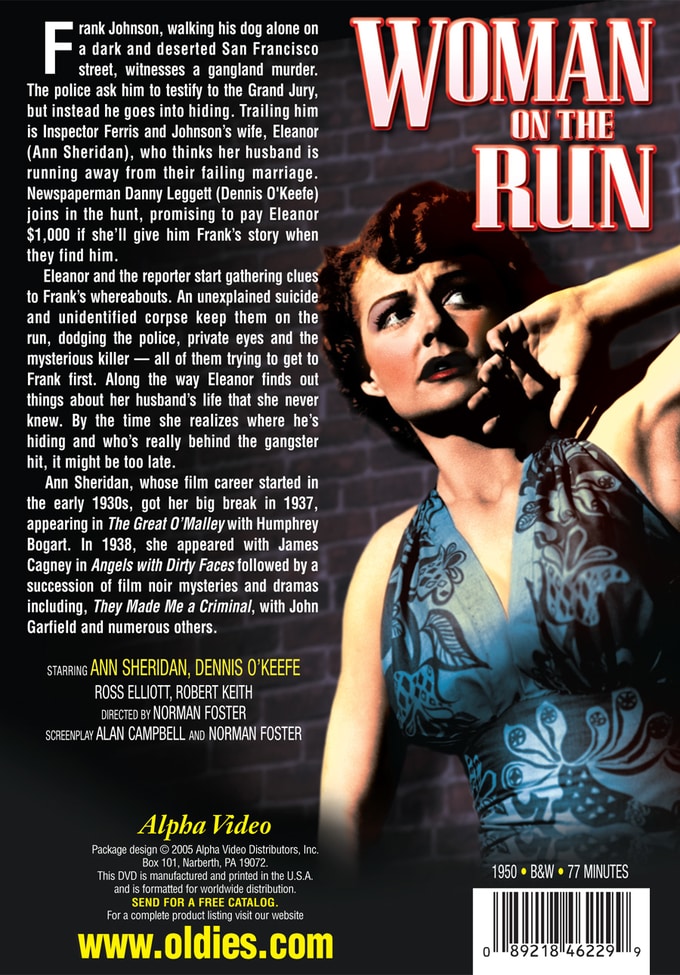 Frank Johnson, walking his dog alone on a dark and deserted San Francisco street, witnesses a gangland murder. The police ask him to testify to the Grand Jury, but instead he goes into hiding. Trailing him is Inspector Ferris and Johnson's wife, Eleanor (Ann Sheridan), who thinks her husband is running away from their failing marriage. Newspaperman Danny Leggett (Dennis O'Keefe) joins in the hunt, promising to pay Eleanor $1,000 if she'll give him Frank's story when they find him.

Eleanor and the reporter start gathering clues to Frank's whereabouts. An unexplained suicide and unidentified corpse keep them on the run, dodging the police, private eyes and the mysterious killer - all of them trying to get to Frank first. Along the way Eleanor finds out things about her husband's life that she never knew. By the time she realizes where he's hiding and who's really behind the gangster hit, it might be too late.

Ann Sheridan, whose film career started in the early 1930s, got her big break in 1937, appearing in The Great O'Malley with Humphrey Bogart. In 1938, she appeared with James Cagney in Angels with Dirty Faces followed by a succession of film noir mysteries and dramas including, They Made Me a Criminal, with John Garfield and numerous others.

Organized Crime | On-The-Run | Theatrical Release | Crime
This product is made-on-demand by the manufacturer using DVD-R recordable media. Almost all DVD players can play DVD-Rs (except for some older models made before 2000) - please consult your owner's manual for formats compatible with your player. These DVD-Rs may not play on all computers or DVD player/recorders. To address this, the manufacturer recommends viewing this product on a DVD player that does not have recording capability.

Customer Rating:
Based on 4492 ratings.


As the movie begins, a man in a parked car is addressing “Danny Boy,” the man sitting next to him. Danny Boy stole $15,000 from the mob and blamed the speaker. The man says that he will take the blame and disappear if Danny Boy will give him $10,000. Danny Boy rejects the proposal by firing his gun at point-blank range.
Meanwhile, Frank Johnson (Ross Elliott) is walking his dog in the immediate vicinity. Danny Boy shoots at Frank but hits his shadow. Johnson at first agrees to identify the murderer but later flees.
Dan Legget (Dennis O’Keefe), a reporter for a sensationalist tabloid, approaches Johnson’s estranged wife, Eleanor. Legget promises to pay $1000 for Johnson’s story if she will help him locate her husband. Legget also seems to have an amorous interest in the lovely Eleanor who is not terribly displeased with his advances. She considers her husband a quitter and a failure, and the marriage is on the rocks.
While searching for Johnson, Eleanor discovers a much different man than the one she pictures. His friends and fellow workers consider him loyal, successful, talented and even adventuresome. One of his female coworkers confesses she has a crush on him. Eleanor also discovers Frank Johnson has a heart condition and will soon run out of medication.
**SPOILER ALLERT** Eventually Eleanor inquires how Legget likes to be addressed. He replies that most of his friends call him “Danny Boy.” We now realize that Legget is using Eleanor to find the only man who can identify him as a murderer.
I found this picture to be a very suspenseful and entertaining example of film noir. I wholeheartedly recommend it.