A voodoo woman brings vengeance on the crooked owner of a Louisiana nightclub in the first all-black horror movie. Plus the short subject "Woman's A Fool" from 1947. 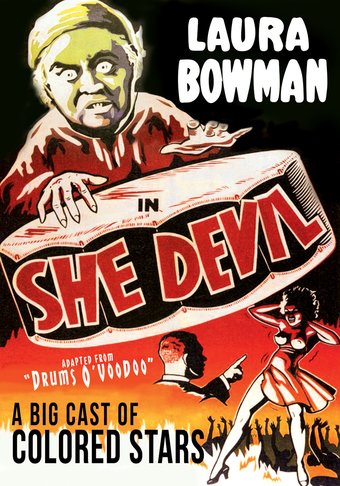 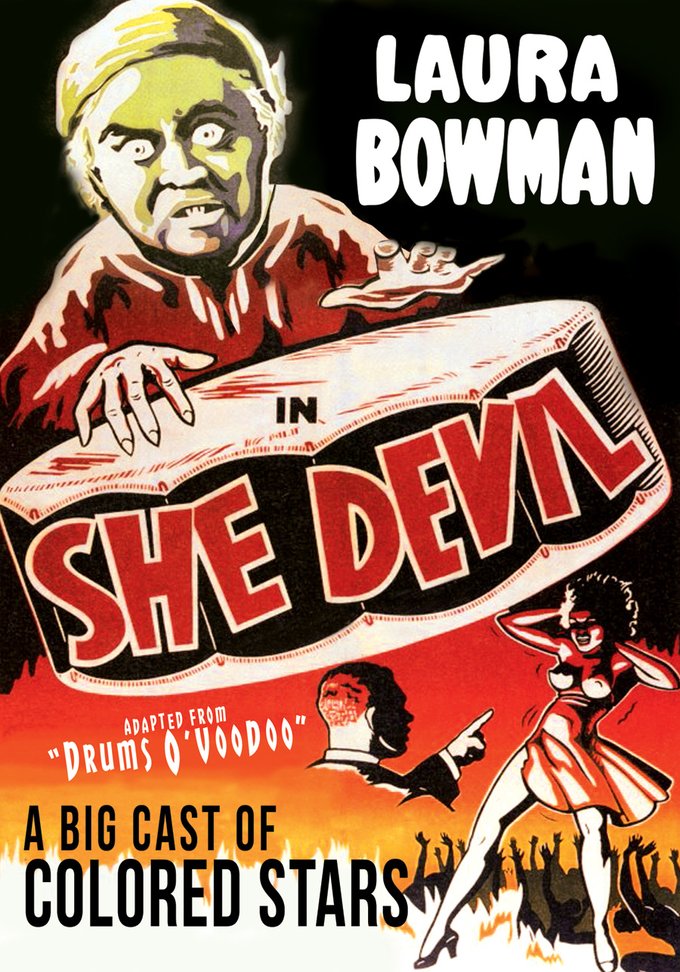 Thomas Catt, the owner of a Louisiana nightclub, wants sexy young Myrtle Williams to work for him as an escort girl. Her uncle, preacher Amos Berry, wants to save the poor girl from a life of sin, but is helpless to act. Years ago, Amos served time in jail for murder. Thomas is the only one who knows the preacher's past, and threatens to expose the truth if Amos tries to interfere with his plans for Myrtle. In desperation, Amos turns to his Aunt Hagar, an old voodoo priestess who lives on the outskirts of town. She invokes a ritual to bring forth vengeance on Thomas, but the devil she unleashes will not be satisfied with the soul of just one man...

Considered the earliest all-black horror movie by historians, She Devil is based on a stage play called Louisiana that ran on Broadway, produced by the Negro Theatre Guild and written by J. Augustus Smith (making it also the first film based on the work of an African-American playwright.) It was performed only eight times, as audiences found the subject matter objectionable. Laura Bowman, Morris McKenney, Edna Barr, A.B. DeComathiere, and author Smith all reprised their roles from the stage version. Director Arthur Hoerl also scripted the cult favorite Reefer Madness (1936) and the first big screen live-action adaptation of Superman (1948). Alternate titles for She Devil include Drums O' Voodoo and simply The Devil.

Note: Due to the age and rarity of this film, some picture anomalies exist.

BONUS: Woman's A Fool (1947): This short subject captures on film an all-black musical revue at the Rose Room in Dallas, Texas. It was banned by the Kansas Board of Review for "obscene jokes, a strip tease, indecent dancing and scantily clothed girls."