The Lady from Shanghai (Blu-ray)

I told you... you know nothing about wickedness 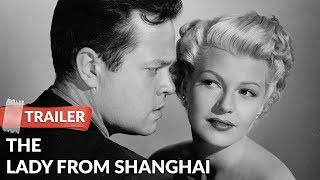 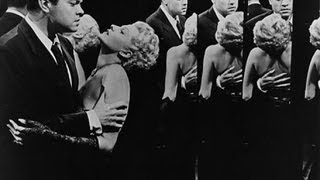 Joe Dante on The Lady From Shanghai (Featurette)

THE LADY FROM SHANGHAI, an atmospheric film noir based on Sherwood King's novel IF I DIE BEFORE I WAKE, features Orson Welles as producer, director, co-screenwriter, and star. Welles plays rogue seaman Michael O'Hara, complete with Irish brogue. After saving beautiful Elsa Bannister (Rita Hayworth) from thieves in Central Park, O'Hara is requested to serve on the yacht owned by Elsa's husband, Arthur (Welles veteran Everett Sloane), an older man who needs special crutches in order to walk. A fiery passion lurks underneath the relationship between Michael and Elsa; in actuality, the marriage between Welles and Hayworth was ending at the time the film was shot. Enter George Grisby (the eerie-sounding Glenn Anders), one of Bannister's associates and a man with a very special offer for O'Hara, luring him into a web of lies and murder.

Although Welles claimed he made THE LADY FROM SHANGHAI just to finance other projects and the film does not show off his typical Wellesian flair, it still plays like a classic noir that draws the viewer in and never lets go. The characters are complex and fascinating, and the tension runs high and hot as the truth behind all the lies starts to come out. The film is most famous for its thrilling climax, which takes place in a hall of mirrors. Welles might have considered THE LADY FROM SHANGHAI workmanlike, but this noir thriller is only as workmanlike as any Welles film can be.

A man hired to work on a yacht belonging to a wealthy married couple finds himself drawn into a dangerous web of deceit and intrigue. The film's famous climax takes place in a hall of mirrors.