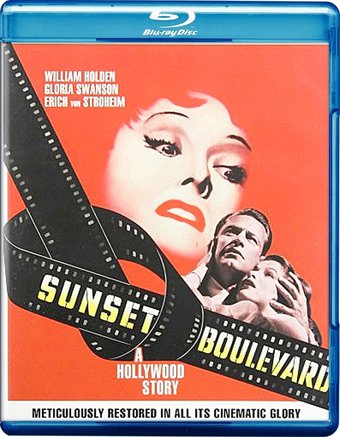 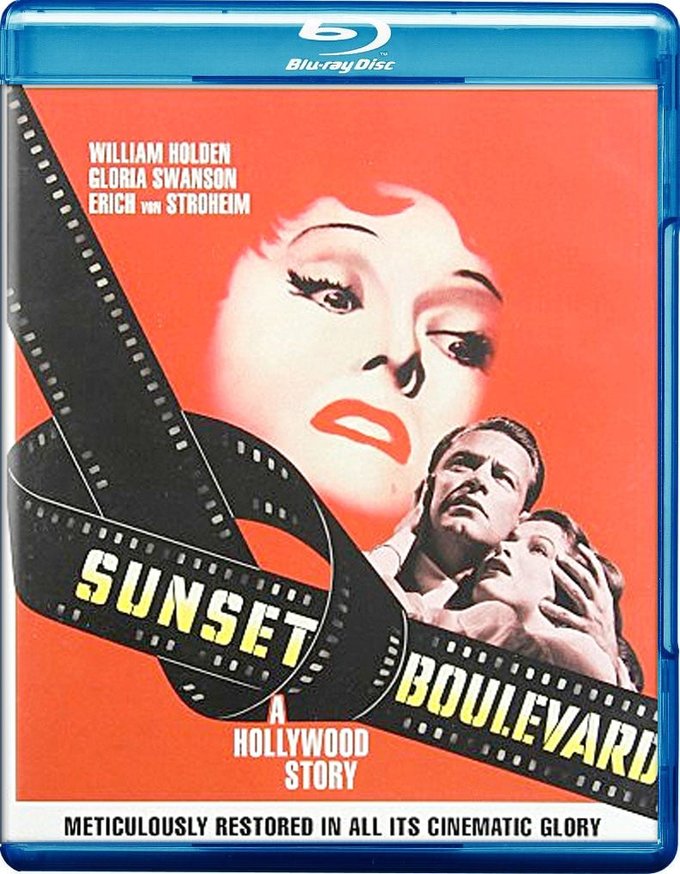 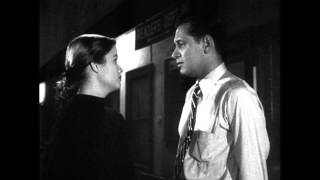 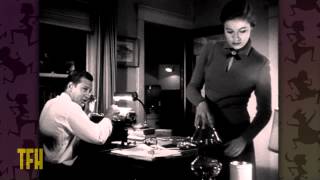 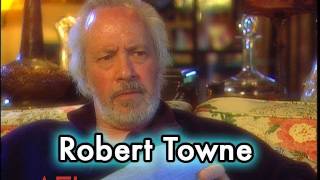 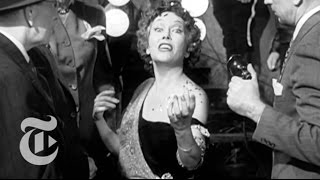 Billy Wilder's masterpiece SUNSET BOULEVARD, a corrosive black comedy that remains the most memorable assault on the emptiness and vanity of the movie business, stars William Holden as young, down-and-out screenwriter Joe Gillis. Narrated in flashbacks by the now-deceased scribe, the film unwinds the series of events that left him lying face down in a pool. Unable to sell his most recent chef-d'oeuvre, and in hock up to his eyeballs, Joe stashes his car in the driveway of what appears to be an abandoned mansion on Sunset Boulevard while trying to elude some persistent repo men. Closer inspection reveals the decrepit property to be inhabited by grandiose former silent movie goddess Norma Desmond (Gloria Swanson), and her zombie-like manservant Max (Erich von Stroheim). Upon hearing that he's a writer, the lonely but still wealthy woman offers to pay him generously to stay at the house and work on her "comeback" script on the life of Salome. Although spooked by the people and the surroundings, in desperate straits, Joe takes the job, little suspecting the madness of the netherworld he's entered. Wilder's merciless portrait of the dangers of a profession that trades in fantasy cagily couples the cynical amorality of the never-was with the near-psychotic narcissism of the has-been to reveal the vacuity of wealth and the transience of fame.