9.5K ratings
Currently Out of Stock: We'll get more as soon as possible
Notify Me When Available
Add to Wishlist
Format:  DVD
item number:  XY2C
Also released as:
The Milagro Beanfield War (Blu-ray) for $20
Our customers love us! 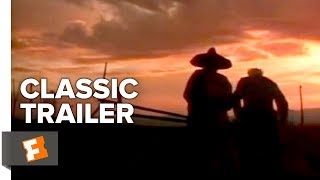 Nothing has changed in Milagro, New Mexico, for 300 years. Then, one day, Joe Mondragon kicks the off-limits community water pipe and begins to irrigate the cracked, dry ground that was once his father's beanfield. The developers of a new luxury recreation area--which is sure to force the natives away--are none too pleased by Joe's actions, and a culture clash ensues between Milagro's colorful, quirky residents and the authorities. The film is based on the novel by John Nichols.

Nothing ever changes in Milagro, New Mexico. Located in the desert, the sparsely populated town is slowly dying. Developer Ladd Devine (Richard Bradford) plans to change that with his plans to build a luxury recreation area that will make him money but will also displace the locals who have lived in Milagro for years. Upset that he is unable to find work with the developers, a frustrated Joe Mondragon (Chick Vennera) kicks the community water line--which is off limits to locals--and inadvertently begins to irrigate the dry, parched land that was once his father's beanfield. Joe's actions create an uproar as the eccentric locals begin to band together to protect Joe's beanfield and to stand up for themselves. Ruby Archuleta (Sonia Braga), the town mechanic and a rabble rouser, seizes the opportunity to protest against the development, enlisting the help of Charlie Bloom (John Heard), a reluctant lawyer with a penchant for people's rights. Joe's beanfield becomes a symbol for the Milagro residents, who realize that no amount of money is worth losing their town and their history. Directed by Robert Redford (ORDINARY PEOPLE, THE HORSE WHISPERER), the film is based on the novel by John Nichols.