Polly Bergen All Alone By The Telephone / Four Seasons of Love 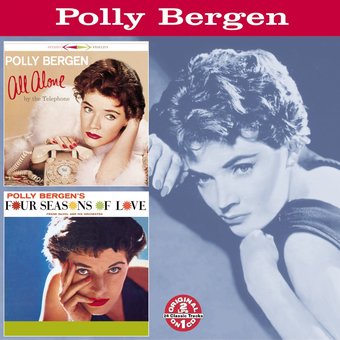 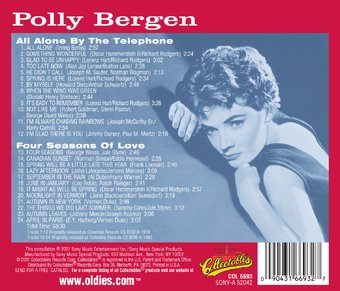 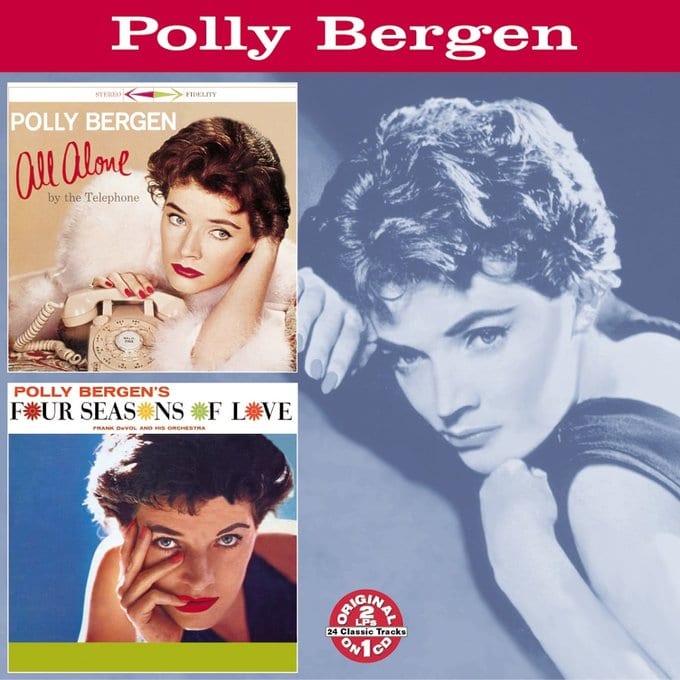 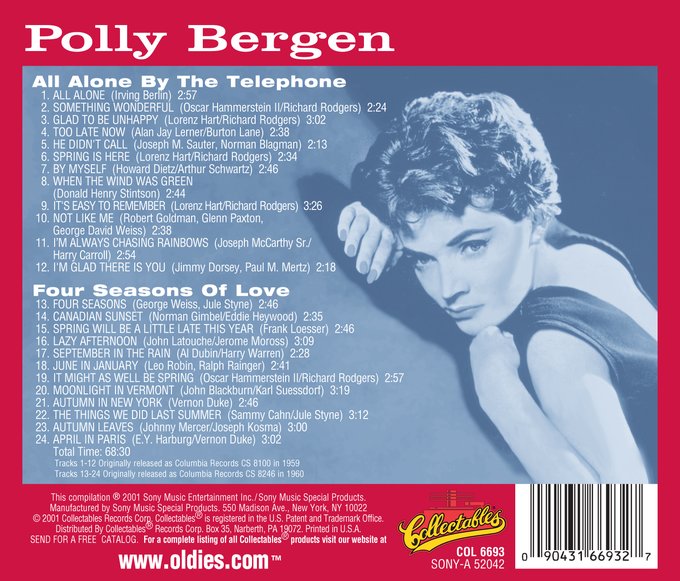 Actress/singer Polly Bergen made her radio debut at the young age of fourteen. She later enjoyed a successful movie career and added to her fame with many acclaimed TV, cabaret and stage appearances. Highlights of these two original albums from the vaults of Columbia include "It Might As Well Be Spring," "April In Paris" and "I'm Always Chasing Rainbows."

2 LPs on 1 CD: ALL ALONE BY THE TELEPHONE (1959)/FOUR SEASONS OF LOVE (1960).
Originally released on Columbia.
Recording information: 11/26/1958-02/05/1960.
This two-fer compiles Polly Bergen's All Alone by the Telephone and Four Seasons of Love. It's an economical and convenient way for those who have a limited knowledge of Bergen's music to increase their knowledge and discover what lies beyond the singer's best-known recordings. ~ Jason Birchmeier