Billy Joe Royal Down In The Boondocks / Cherry Hill Park 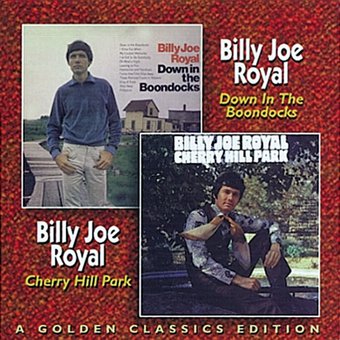 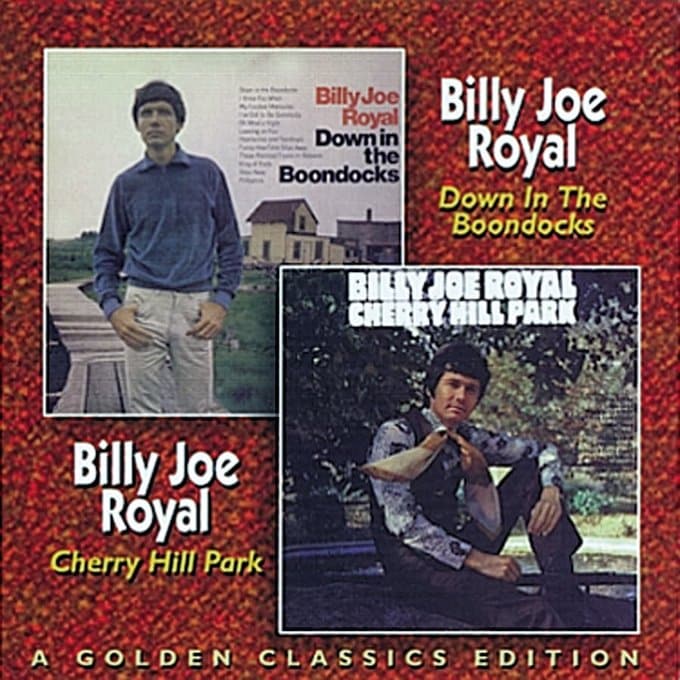 Guitarist/pianist/drummer Billy Joe Royal was born into a musical family. He became a teen idol when his song "Down In The Boondocks" reached the Top 10 in 1965 (this song was recorded in a septic tank which had been converted into an echo chamber!) Royal later moved towards more Country oriented material. This collection focuses on his tremendous earlier Pop work.

2 LPs on 1 CD: DOWN IN THE BOONDOCKS (1965)/CHERRY HILL PARK (1969).
Personnel: Billy Joe Royal (vocals).
A singer comfortable with rock & roll, pop, and country, Billy Joe Royal frequently merged the three styles, resulting in 1960s hits such as the infectiously catchy "Down in the Boondocks" and the horn-laden "Cherry Hill Park." This excellent 25-track Collectables twofer presents a pair of Royal's finest early albums, which not only spawned the aforementioned hits, but were titled after those songs as well. For an excellent intro to this underrated and dynamic artist, it's hard to go wrong with these two records, which nicely illustrate the breadth of Royal's style. The package also contains two bonus tracks, "Hush" and "Heart's Desire."

60%off
Tony Orlando
Bless You And Seventeen Other Great Hits (CD)
$5.98 on Sale
Add to Cart

Billy Joe Royal
Down in the Boondocks (CD)
$5.50
Add to Cart