Tony Orlando Bless You And Seventeen Other Great Hits 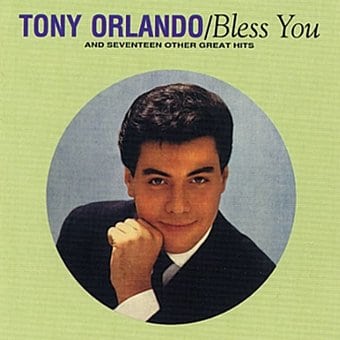 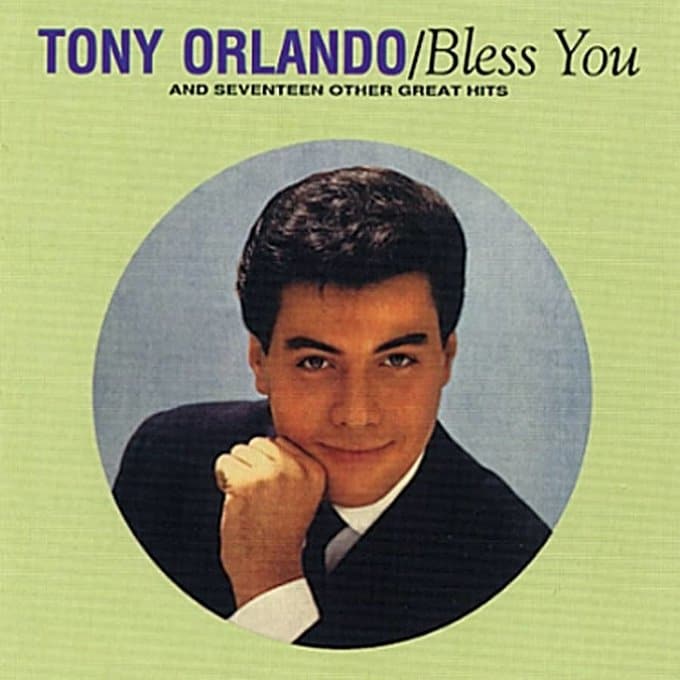 Tony Orlando had a rich and full career as both a singer and record executive before his successful partnership with Dawn in the early '70s. Discovered by producer Don Kirshner, Orlando was barely 17 years old when he had his first hit in 1961 with "Halfway to Paradise". He had a few more great hits, notably "Bless You" and "Happy Times Are Here To Stay" - they and many others are all included in this collection.

Personnel: Tony Orlando (vocals).
Liner Note Author: Mark Marymont.
Tony Orlando's early years as a teen idol may have yielded only a handful of minor hits, but his later fame with Dawn guaranteed that they would eventually be resurrected. "Bless You" was the biggest of Orlando's early charters, inching into the Top 15 in 1961. That song, as well as his other Epic recordings from 1961-1963, exemplify the teen pop style of the era with sparkling arrangements of pizzicato strings, a sweet vocal chorus, and other sugary treats for the ear. On "Lonely Am I," even words of loneliness seem heavenly when crooned to the angelic tones of a harp. Orlando placed seven of his Epic singles in Billboard's Top 135, and all but one are anthologized on Bless You and Seventeen Other Great Hits. British rocker Billy Fury covered "Halfway to Paradise" and enjoyed a major hit overseas, but Orlando's original didn't fare nearly as well stateside. Nonetheless, Orlando's early recordings are fine specimens of Brill Building pop, with an assortment of Barry Mann and Carole King songs given skillful, sophisticated readings. Even though Orlando flubs the lyrics of Bobby Darin's "Dream Lover," he recovers quickly enough to salvage the take. The anthology's claim of "17 hits" is overstated, but echoes the original title of Orlando's sole Epic album, Bless You and Eleven Other Great Hits. The remaining songs are B-sides and non-hit singles comparable in quality to the hits. Bless You and Seventeen Other Great Hits may be merely a curious historical artifact for Tony Orlando and Dawn's fan base, but it offers a handsome portrait of Brill Building artistry for enthusiasts of the early-'60s teen sound. ~ Greg Adams

60%off
The Playmates
At Play With Golden Classics (CD)
$5.98 on Sale
Add to Cart