Heritage of the Desert

An Easterner returns to the desert land he owns, and is recruited to help a ranch family in conflict with rustlers. 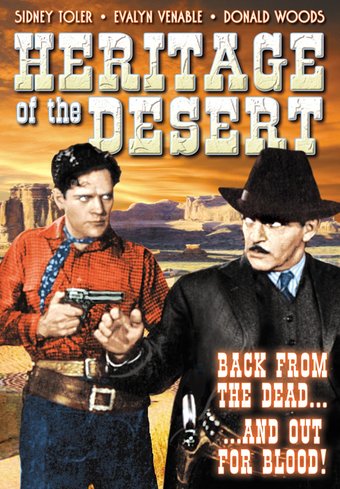 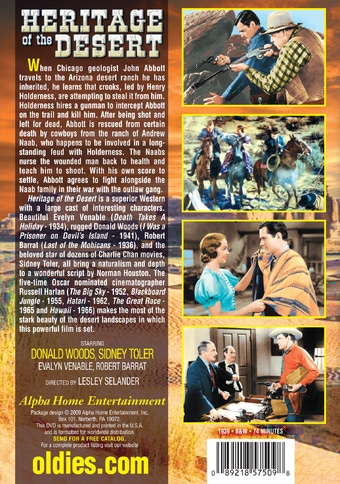 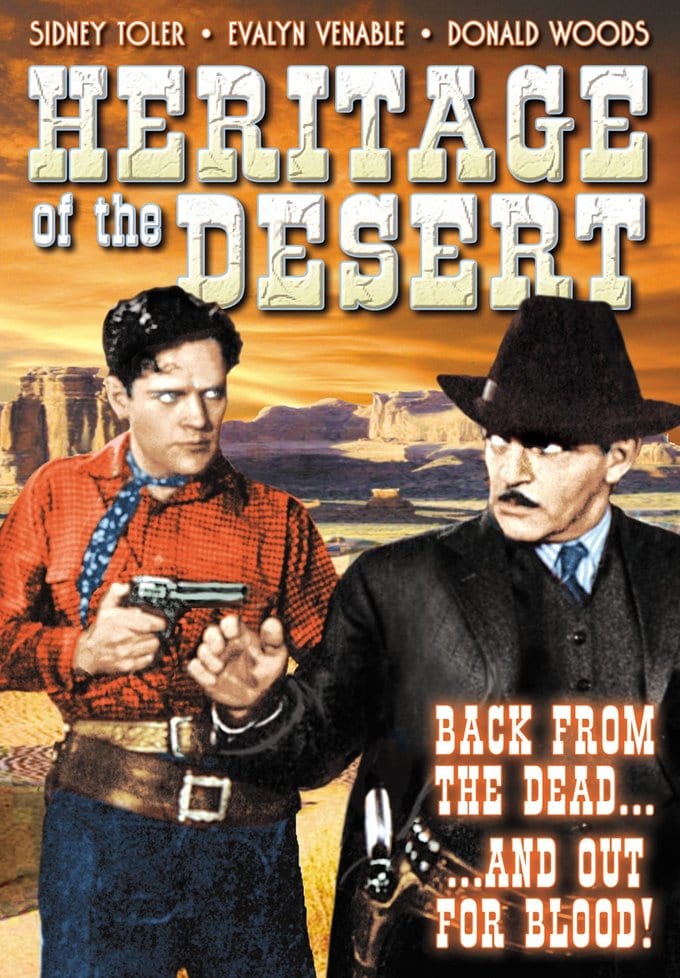 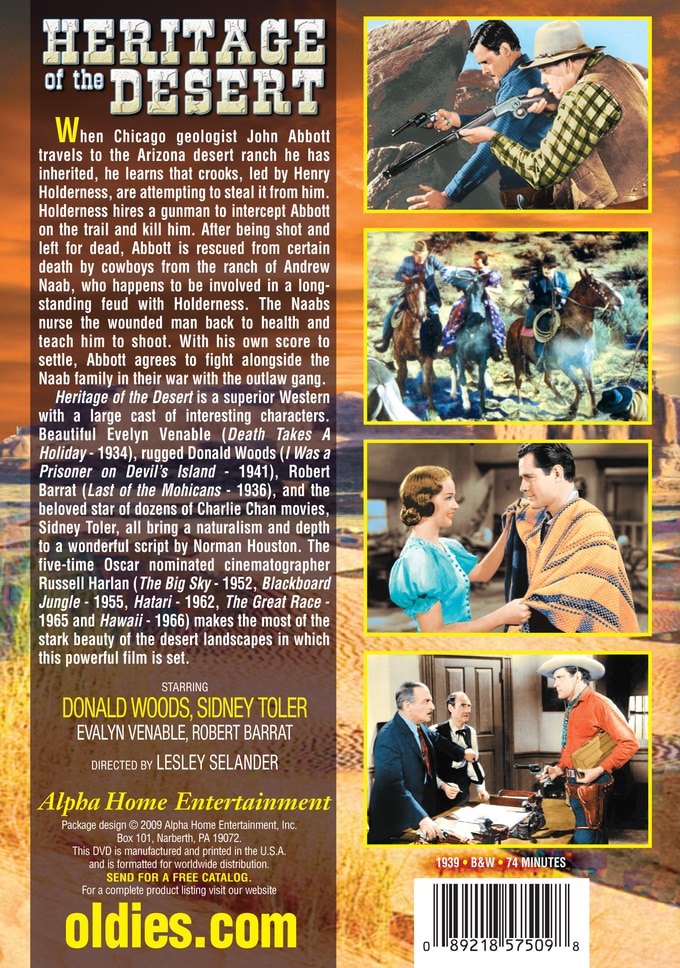 When Chicago geologist John Abbott travels to the Arizona desert ranch he has inherited, he learns that crooks, led by Henry Holderness, are attempting to steal it from him. Holderness hires a gunman to intercept Abbott on the trail and kill him. After being shot and left for dead, Abbott is rescued from certain death by cowboys from the ranch of Andrew Naab, who happens to be involved in a long-standing feud with Holderness. The Naabs nurse the wounded man back to health and teach him to shoot. With his own score to settle, Abbott agrees to fight alongside the Naab family in their war with the outlaw gang.

Heritage of the Desert is a superior Western with a large cast of interesting characters. Beautiful Evelyn Venable (Death Takes A Holiday - 1934), rugged Donald Woods (I Was a Prisoner on Devil's Island - 1941), Robert Barrat (Last of the Mohicans - 1936), and the beloved star of dozens of Charlie Chan movies, Sidney Toler, all bring a naturalism and depth to a wonderful script by Norman Houston. The five-time Oscar nominated cinematographer Russell Harlan (The Big Sky - 1952, Blackboard Jungle - 1955, Hatari - 1962, The Great Race - 1965 and Hawaii - 1966) makes the most of the stark beauty of the desert landscapes in which this powerful film is set.

An easterner goes west and gets in trouble.

Customer Rating:
Based on 105 ratings.

Heritage of the desert Movie Lover: terence brookes from BARROW IN FURNESS, CUMBRIA GB -- May, 26, 2015