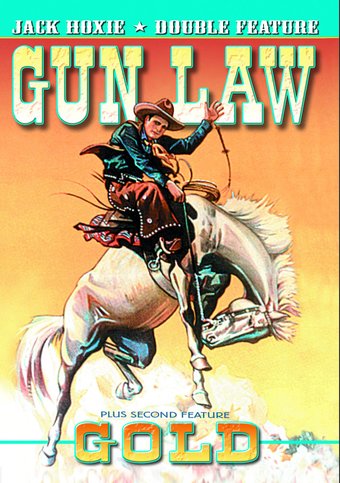 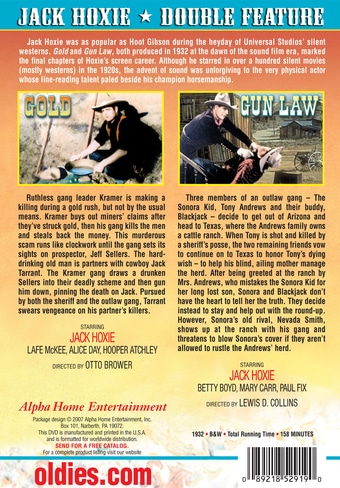 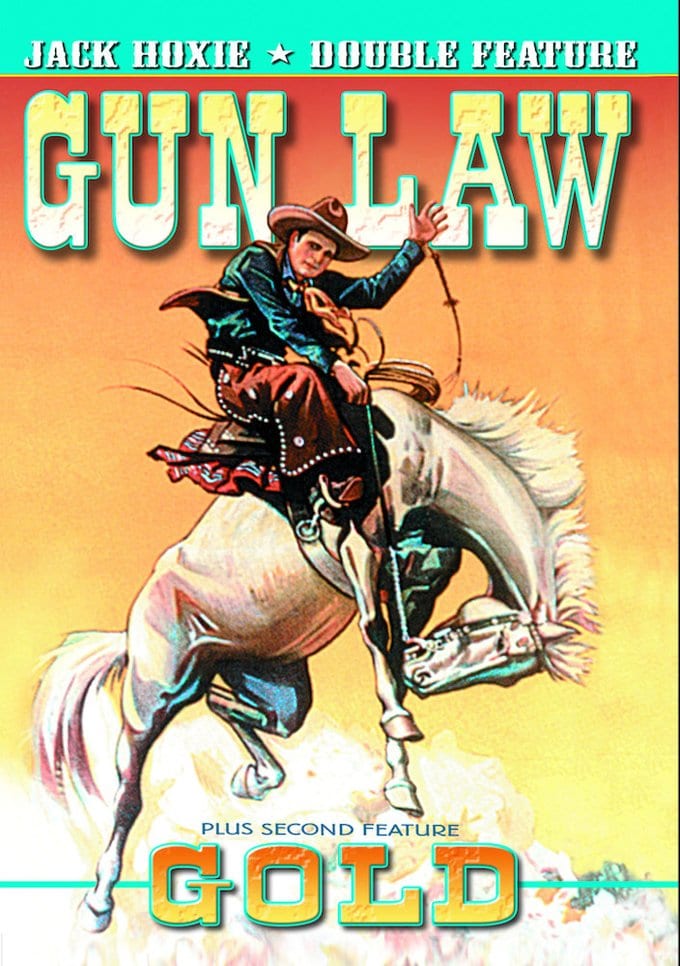 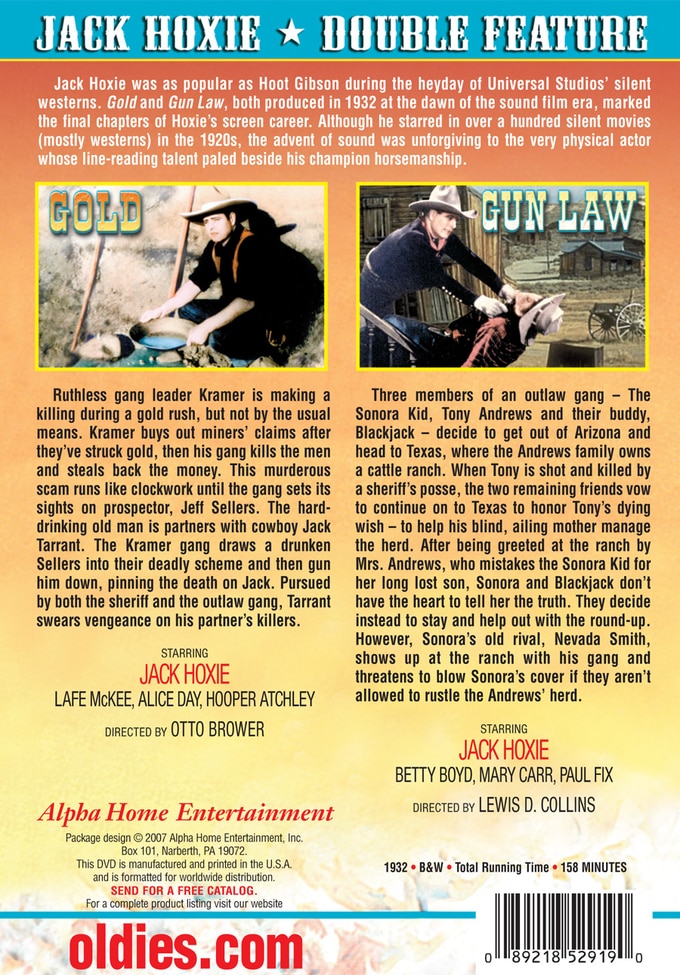 Jack Hoxie was as popular as Hoot Gibson during the heyday of Universal Studios' silent westerns. Gold and Gun Law, both produced in 1932 at the dawn of the sound film era, marked the final chapters of Hoxie's screen career. Although he starred in over a hundred silent movies (mostly westerns) in the 1920s, the advent of sound was unforgiving to the very physical actor whose line-reading talent paled beside his champion horsemanship.

Gun Law: Three members of an outlaw gang - The Sonora Kid, Tony Andrews and their buddy, Blackjack - decide to get out of Arizona and head to Texas, where the Andrews family owns a cattle ranch. When Tony is shot and killed by a sheriff's posse, the two remaining friends vow to continue on to Texas to honor Tony's dying wish - to help his blind, ailing mother manage the herd. After being greeted at the ranch by Mrs. Andrews, who mistakes the Sonora Kid for her long lost son, Sonora and Blackjack don't have the heart to tell her the truth. They decide instead to stay and help out with the round-up. However, Sonora's old rival, Nevada Smith, shows up at the ranch with his gang and threatens to blow Sonora's cover if they aren't allowed to rustle the Andrews' herd. Starring Jack Hoxie, Betty Boyd, Mary Carr, Paul Fix; Directed by Lewis D. Collins.

Gold: Ruthless gang leader Kramer is making a killing during a gold rush, but not by the usual means. Kramer buys out miners' claims after they've struck gold, then his gang kills the men and steals back the money. This murderous scam runs like clockwork until the gang sets its sights on prospector, Jeff Sellers. The hard-drinking old man is partners with cowboy Jack Tarrant. The Kramer gang draws a drunken Sellers into their deadly scheme and then gun him down, pinning the death on Jack. Pursued by both the sheriff and the outlaw gang, Tarrant swears vengeance on his partner's killers. Starring Jack Hoxie, Lafe McKee, Alice Day, Hooper Atchley; Directed by Otto Brower.

Classic
This product is made-on-demand by the manufacturer using DVD-R recordable media. Almost all DVD players can play DVD-Rs (except for some older models made before 2000) - please consult your owner's manual for formats compatible with your player. These DVD-Rs may not play on all computers or DVD player/recorders. To address this, the manufacturer recommends viewing this product on a DVD player that does not have recording capability.