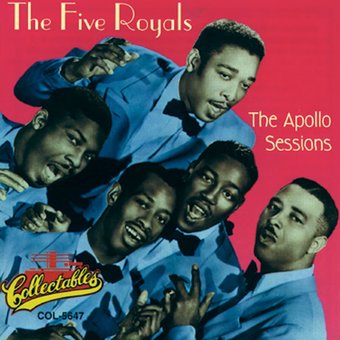 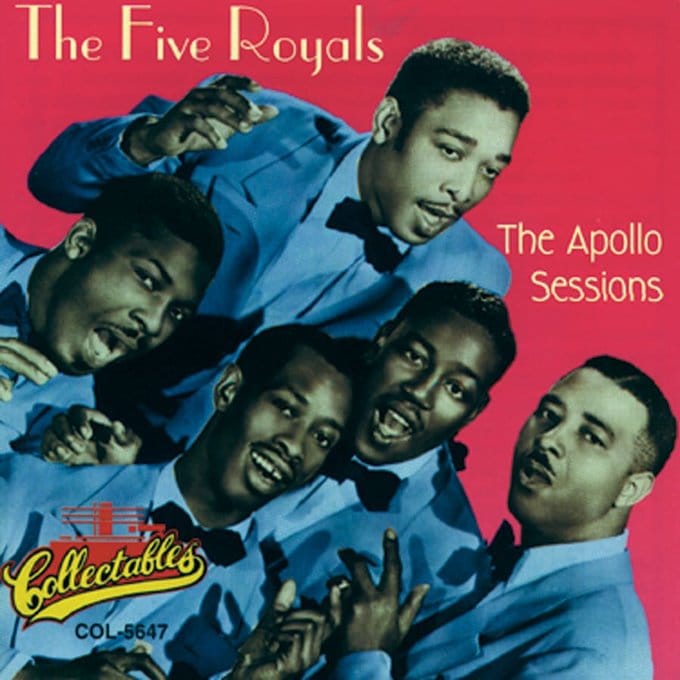 Get email alerts for The "5" Royales
11 ratings
Available: Usually ships in 1-3 business days
15 copies available
Add to Cart
Add to Wishlist
Format:  CD-R
item number:  COL 5647
Related products:
Fairport Convention: What We Did On Our Holidays [UK Bonus Tracks] for $12.98
The Flamingos: The Best of the Flamingos for $15.70
91% recommend us!

The Five Royals were originally formed as a spiritual group and called the Royal Sons in the '50s. As The Five Royals, they acheived success in the R&B field in the late '50s. This collection highlights their early work, which was recorded for the Apollo label.

The Five Royals: Lowmal Pauling (vocals, guitar); Johnny Tanner, Jimmy Moore, Obadiah Carter, Eugene Tanner (vocals).
Recording information: 1951-1955.
Although not the career-long survey of the Rhino anthology, this 23-song, 62-minute collection covers the Five Royales' very best years, spent with Apollo Records from 1951 until 1955, first as the Royals ("Give Me One More Chance") and then as a quintet under their more familiar name. Their sound here is vocally very smooth yet passionate, but the instrumental backings are exuberant and raunchy, the kind of combination that made acts like this such a threat to the established popular music of the era. The mix of jump blues with accomplished gospel-influenced harmony singing (best represented on the delightful "What's That" or "All Righty," or, most startling of all, "Baby Take All of Me," with its abandoned wailing in the background) helped make their music some of the most expressive and satisfying of the period. Their way with a chorus and a phrase made the Royals one of the top R&B acts of their era, although it wasn't until much later that they made the jump to pop stardom. Unfortunately, during the period represented here, they were one of those R&B acts whose radio play exceeded their record sales (at least, as reported by Apollo, one reason they jumped to King Records). From 1951 until 1955, they helped provide the soundtrack against which mainstream rock & roll was born and took root with the public. On that basis alone, this material is worth hearing and owning; it was the soil in which rock & roll sprouted, the stream in which other acts' commercial hits were spawned and nurtured. They later had their share of successes, but this is their real sound, raw, sweet and elegant all at the same time. ~ Bruce Eder