Get email alerts for The Sheppards
10 ratings
Available: Usually ships in 3-5 business days
Add to Cart
Add to Wishlist
Format:  CD
sku:  COL 5078
Products with a similar style:
The Charts: Greatest Hits (CD) $5.98
Related products:
The Ronettes: Be My Baby: The Very Best of the Ronettes for $8.20
The Nutmegs: Greatest Hits for $4.98
Best of The Dubs for $6.98
92% recommend us! 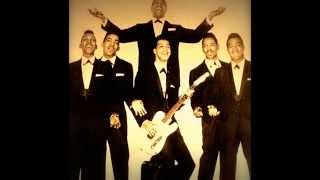 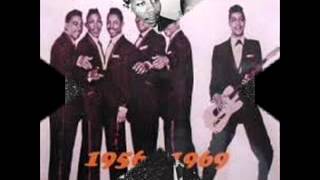 The Chicago-based Sheppards had their glory days in the late '50s and early '60s. With the twin lead vocals of Millard Edwards and Murrie Eskridge, they scored chart hits with "Island of Love" and "Tragic". Their sound paved the way for the smooth soul which was to come into vogue later in the '60s.

Includes liner notes by Mark Marymont.
Personnel: Murrie Eskridge, Millard Edwards (vocals); O.C. Perkins (tenor); Jimmy Allen (baritone).
Liner Note Author: Mark Marymont.
Until WestSide's Bunky's Picks was released, Collectables' Golden Classics was the best CD collection of the trailblazing recordings of the Sheppards. Even with that 25-track collection on the market, this is still a very good set, containing 18 of the group's best -- all of their essentials, really -- in a domestically available set. The packaging and sound aren't quite as good as those on the WestSide release, but the music remains tremendous and exciting, finding the Sheppards pushing past doo wop and into soul with their passionate, beautiful R&B. ~ Stephen Thomas Erlewine