"Do you take this woman?" "Yes, for everything she's got." 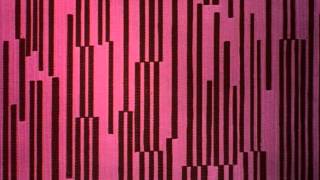 Henry Graham (Walter Matthau) is a man with a problem: he has run through his entire inheritance, and is completely unequipped to provide for himself. His childhood guardian, Uncle Harry (a deliciously mean-spirited James Coco), refuses to give him a dime, and Henry, completely unwilling to exercise the only solution he sees--suicide-- devises a plan with the help of his imaginative butler: he can make money the old-fashioned way--he can marry it. With a temporary loan from Uncle Harry to tide him over, Henry has six weeks to find a bride, marry her, and repay the money, or else he must forfeit all his property to his uncle. With only days remaining, Henry meets clumsy, painfully shy heiress Henrietta Lowell (played by director Elaine May). She's the answer to his prayers--if only Henry can overcome the obstacles placed in his path by Uncle Harry, Henrietta's lawyer, and Henry's own reluctance to wed.
In writer/director Elaine May's (known for her collaboration as a stage comedienne with THE GRADUATE director Mike Nichols) freshman directing effort, she directs a strong cast, in addition to herself in the lead female role. Written for the screen by May from a short story by Jack Ritchie, this black comedy features hilarious performances by its two leads, as well as the wonderfully dry George Rose as Matthau's overly involved, but always proper, butler.

Comedienne and writer Elaine May's first directing project features Walter Matthau as a scheming, morally and financially bankrupt idle heir to a fortune he has frittered away. May directs herself as the enormously wealthy, but painfully shy botanist on whom he fixes his attentions. The film was written for the screen by May from a short story by Jack Ritchie.

Customer Rating:
Based on 7665 ratings.


I purchased the Blu Ray version of this film when I came across it a few years ago, because I find it to be hilarious! Matthau is perfect & great, as usual, excellent for this role. May is one of the first female directors, and is very talented. There are a number of little side plots that contribute towards propelling and advancing the main theme. The scene where he is told by his accountant that he is flat broke, is particularly Delicious! A Must See! Walter, as you know, can be very expressive. The film from which this DVD was made, is slightly worn. The regular DVD, here, is therefore, adequate. Very highly recommended!