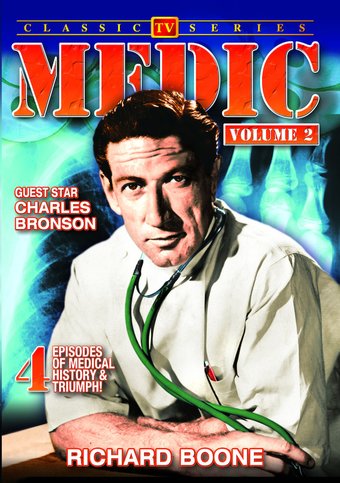 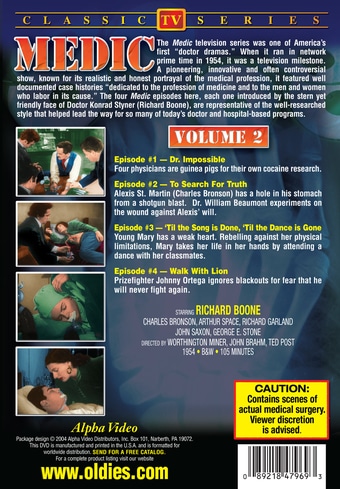 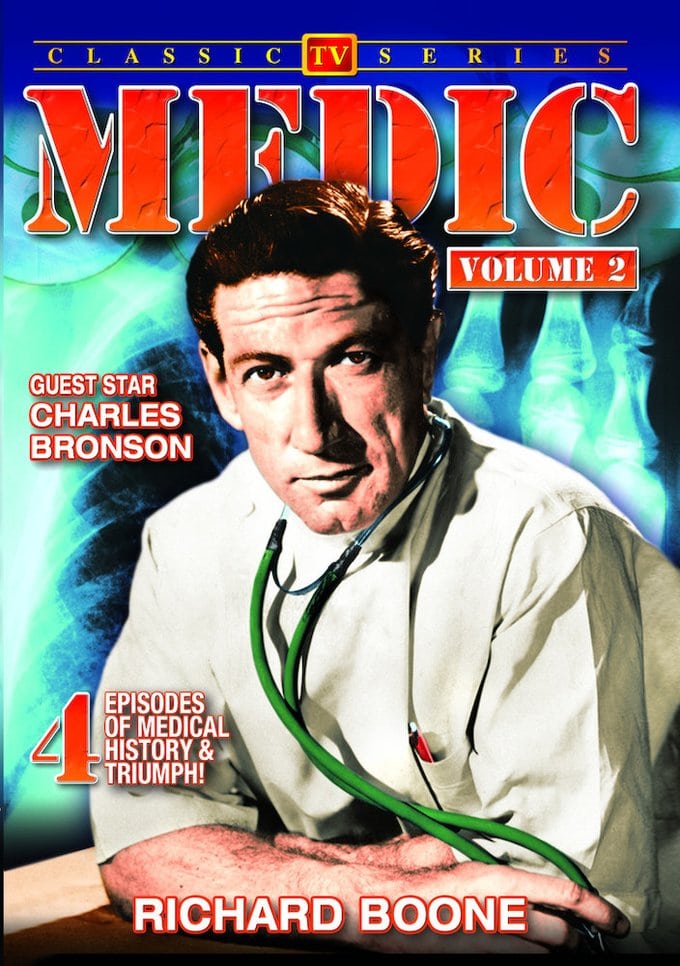 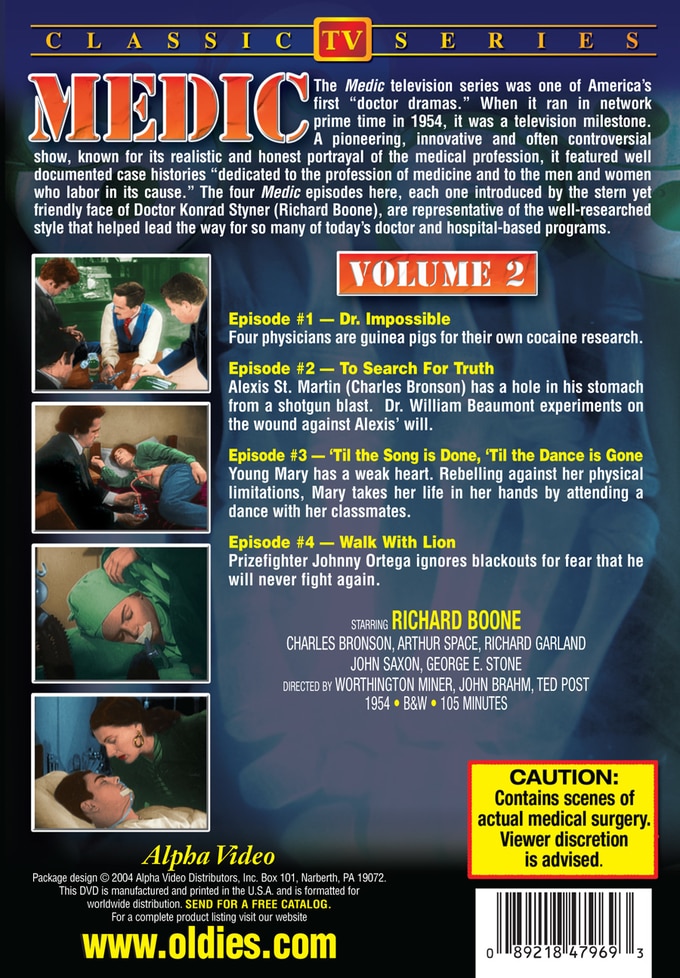 The "Medic" television series was one of America's first "doctor dramas." When it ran in network prime time in 1954, it was a television milestone.A pioneering, innovative and often controversial show, known for its realistic and honest portrayal of the medical profession, it featured well documented case histories "dedicated to the profession of medicine and to the men and women who labor in its cause." The four "Medic" episodes here, each one introduced by the stern yet friendly face of Doctor Konrad Styner (Richard Boone), are representative of the well-researched style that helped lead the way for so many of today's doctor and hospital-based programs.

Episode #1 - Dr. Impossible: Four physicians are guinea pigs for their own cocaine research.

Episode #2 - To Search For Truth: Alexis St. Martin (Charles Bronson) has a hole in his stomach from a shotgun blast. Dr. William Beaumont experiments on the wound against Alexis' will.

Episode #3 - 'Til the Song is Done, 'Til the Dance is Gone: Young Mary has a weak heart. Rebelling against her physical limitations, Mary takes her life in her hands by attending a dance with her classmates.

The medical profession is well represented on television, with a number of drama and comedy programs set in a hospital or doctor's office. MEDIC, one of the first such shows to appear on American TV, made its debut in 1954. Documenting the lives of a group of doctors, the show was unflinching in its graphic portrayal of the often gruesome events they had to face on a daily basis. Each episode was introduced by Doctor Konrad Styner (Richard Boone) and dedicated to those who work in the profession. This release includes four episodes from the show: "Dr. Impossible," "To Search For Truth," "'Til the Song is Done, 'Til the Dance is Gone," and "Walk With Lion."