15 minutes from Manhattan there's a place where even the cops fear to tread. 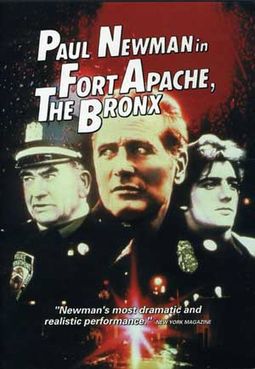 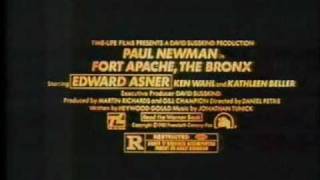 Deep in the bombed-out streets of the Bronx lies Fort Apache, the local police station, in this hard-hitting drama that portrays the lives of two local cops working the beat in the worst precinct in New York. Paul Newman stars as Murphy, a loyal and ethical cop who has been working on the force for 18 years. He and his partner, Corelli (Ken Wahl), hit the streets every day, facing desperate and impoverished conditions with a combination of courage, responsibility, and gritty humor. Despite the hardships the two men face, they carry on with their off-duty lives, carousing at local bars, flirting with girls, and sharing a deep respect for each another. Murphy's developing relationship with Isabella (Rachel Ticotin), a local nurse, is at the heart of the film, a captivating combination of romance, violence, and tragedy. When two rookie cops are murdered in broad daylight, the new police chief (Ed Asner) shakes up the force and demands violent and reactionary measures against the local citizens. But their extreme police actions provoke riots in the streets, and Murphy and Corelli are forced to face the corruption and indifference that pervade their department. A truly moving tale of two men attempting to stay afloat in an urban wasteland, director Daniel Petrie's film features outstanding lead performances and an excellent supporting cast, including Danny Aiello and Pam Grier.

FORT APACHE, THE BRONX is a hard-hitting drama about a police station in the Bronx that's more of a fortress than a precinct house. Inside, the atmosphere of corruption and indifference pervades the department, but two cops try to make a difference.